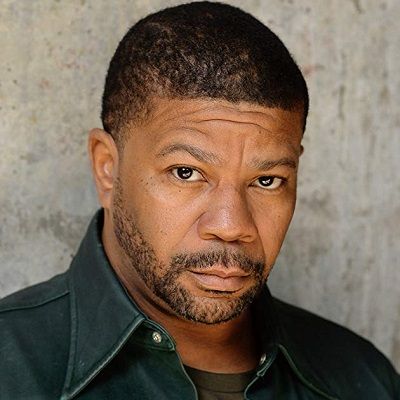 He has no past records regarding his past romantic relationship.

The actor is very senior when it comes to his career. He loves to spend time with his friends and family.

He is quite fond of Avion Tequila.

Who is Kelly Perine?

Kelly Perine is an IIFC Awards-winning actor, producer, and director. Perine is renowned as Sir Gareth of Knight Squad.

Next, he will be appearing as Frank in the short, The Weight of Perfection.

Kelly Perine was born on the 23rd of March 1969 in State College, Pennsylvania.

His father is Penn State professor and his mother is a Chemical Engineer by profession.

They are of French ancestry.

He completed his school level from his hometown. During the school days, he was very active and also participated in many theatres in Pennsylvania.

Later, he completed his High School from Lake Forest Academy in Chicago. In the time interval, he was doing some production shot in the Windy City.

After that, he graduated from Pomona College with Honors in B.A. in Film Studies. Later, he earned in master’s degree from the University of California with Honors in Drama.

At the age of 21, he started his career as an actor with the TV series, 21 Jump Street as Holt. After the series, he appeared in many TV series which includes living Single, Misery Loves Company, and Night Stand.

In 1996, he debuted on movies with the movie, The Sunchaser with a minor role. In the same year, he featured the movie, Judge and Jury as Roland. The second movie earned him a reputation as an actor.

In 1997, he starred the series, Between Brothers. Altogether, he appeared in 17 episodes which were a success for him. Later, he was seen in some series and short in some minor roles. In 2001, he featured the One on One as Duane Odell Knox. The comedy series turned out to be a milestone in his career with 91 episodes.

Last, in 2018, he appeared in the series Knight Squad as Sir Gareth who happens to be the in charge of the Knight School who trains the young knights.

As a director, he directed the Downward Hiro and Is You Is.

He has an estimated net worth of $1.5 million US.

As an executive producer, his average earnings are $70k US.

Being a director, his average salary is $69k US.

He has black eyes with black hair. His height is 5 feet and 6 inches.