Updated On October 12, 2022 | Published By: Natalie | In Death , Relationship
Share this 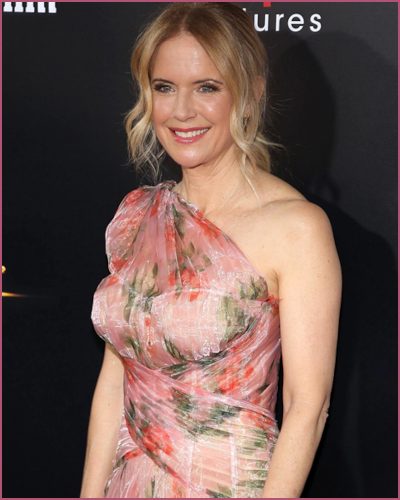 Kelly passed away due to breast cancer in 2020. source: People

The legacy of Kelly Preston

Kelly Preston lost her life to breast cancer two years ago. The beloved star was born in Honolulu, Hawaii on October 13, 1962.

Preston studied acting at the University of Southern California. She then started doing some minor roles in small Tv shows like For Love and Honor.

She landed her major role in the movie Mischief in 1985 which gave her career a new height.

In the next few years, she starred in many hits like SpaceCamp, Twins, Jerry Maguire, etc.

Her last movie was Off The Rails and her husband John Travolta honored the film on her behalf.

“Off the Rails is Kelly’s last film — she was very proud of it and of all of the wonderful talent that she got to work with in it,”

Kelly always cherished the relationship she shared with her husband John. The Grease actor first met his future wife during the screen test for their comedy, The Experts in 1989.

During the time, Kelly was unhappily married to Kevin Gage. The pair soon got divorced.

After that in 1991, Travolta got down on his knee to propose to his ladylove. The two got happily married on September 5, 1991, when she was two months pregnant with their son Jett.

The Hollywood couple welcomed their second child, Ella, in 2000, and their son Benjamin in 2011.

The couple stayed together for 28 years despite all the highs and lows. On their 28th anniversary, both of them took to their respective IG accounts to share their messages with one another.

But after battling cancer for 2 years, Kelly died.

The statement issued by the family after her demise read:

”On the morning of July 12, 2020, Kelly Preston, adored wife and mother, passed away following a two-year battle with breast cancer,”

They also revealed that she had been privately fighting cancer and was undergoing medical treatments for some time.

“She was a bright, beautiful and loving soul who cared deeply about others and who brought life to everything she touched. Her family asks for your understanding of their need for privacy at this time.”

One of the Reasons Why Ana De Armas Left L.A. Was Her Relationship With Ben Affleck!
Tags : American Actor American Actress Breast cancer