Kelly Rizzo is a model and blogger who has created a blog named Eat Travel Rock. 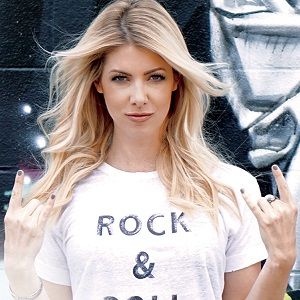 She was married to Bob Saget on 30 Oct 2018. Bob is an American stand-up comedian, actor, and television host.. She got engaged with Bob in November 2017. She has 3 stepchildren from Bob’s previous marriage.

Kelly and Bob dated since 2015 when they first met with friends Katie Killean and George Shapiro at dinner. After their engagement, the couple posts the photo on their Instagram account.

Who is Kelly Rizzo?

Kelly Rizzo is an American model as well as a blogger. She is the founder of the blog Eat Travel Rock. Furthermore, Kelly is also a host at NBC5 Chicago and VH1. In addition, Kelly is also an Instagram star earning more than 183k followers.

Kelly was born on May 19, 1979, in Chicago, Illinois, United States of America. Talking about her nationality, she is an American and her ethnicity is unknown.

Kelly Rizzo began her career as a blogger. Initially, she began as a blogger who posts about traveling and various cuisine. She is the founder of the blog Eat Travel Rock.

Later, she turned it into a web series named Eat Travel Rock TV. Furthermore, she is also a host at NBC5 Chicago and VH1. Previously, she has hosted VH1’s Big Morning Buzz Live alongside Nick Lachey. Additionally, she also starred in a music video, “Get Your Shine On.” Besides this, Kelly is also an Instagram star earning more than 48k followers.

Being a famous blogger, she earns a healthy amount of money from her profession. her net worth is $1 million however her salary is unknown.

As of now, she has not won any awards in her career. Although, she has been doing a great job in her field and her works have been loved by many people around the world.

So far, there are not any drastic rumors regarding her personal and professional life. Moreover, she has never faced any controversy in her career. It seems she has a full concentration on her work rather than being stuck in any controversy.

Actress Kelly Rohrbach Becomes the Prey of Hackers. Many private posts are viraled