Kelly is an American singer, songwriter, actress, and television personality.

Kelly Rowland is married to Tim Weatherspoon on May 09, 2014.

They started dating in 2011 and engaged on 16 Dec 2013. He proposed to her online when she was in Bulgaria.

They are blessed with two children: first son, Titan Jewell Weatherspoon was born on 4 November 2014. Likely they welcomed their second son, Noah Jon Weatherspoon in Jan 2021.

Kelly dated Maverick Carter (who now is a marketing executive and also LeBron James‘ manager) from 2001 to 2002.

She dated American football player, Roy Williams in 2004. Later, they engaged in the same year. Everything started happening rapidly and their wedding was also planned, which was scheduled to happen in March 2005. But, they engaged in January 2005 only.

Williams later replied that they don’t know each other well enough to be married. 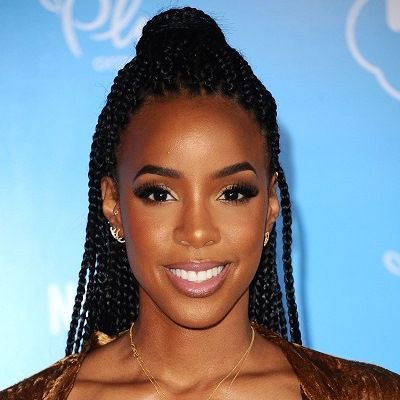 The song I have on repeat right now would probably have to be Chris Brown's "Beautiful People". It's such an amazing record. As soon as I hear it, I can't stop moving. And I smile so big and it's great when music makes you do that.

I've never heard music that makes you feel so warm and at ease, besides maybe Miles Davis or John Coltrane. Sade can never be duplicated.

I think nowadays we're often sidetracked by what somebody got popular doing with all due respect to what they do, but it should be about the talent.

Who is Kelly Rowland?

Kelly is an American singer, songwriter, actress, and television personality. Likely, Rowland rose to fame in the late 1990s as a member of Destiny’s Child, one of the world’s best-selling girl groups of all time.

She has also appeared in television shows and in successful films, Freddy vs. Jason (2003) and The Seat Filler (2005).

Kelly Rowland was born in Atlanta, Georgia, the United States on  February 11, 1981. Her birth name is Kelendria Trene Rowland. Her father’s name is Christopher Lovett (an abusive alcoholic) and her mother’s name is Doris Rowland Garrison.

Whereas, Doris relocated to Houston, and placed Kelly into a rapping and dancing group named Girl’s Tyme in 1992, originally consisting of six members including Beyoncé Knowles and LaTavia Roberson.

She has a sibling namely, Orlando Rowland. Kelly holds American citizenship and mixed ( African-American) ethnicity. Her birth sign is  Aquarius.

Talking about her profession, the girl group Girl’s Tyme was formed in 1990. Kelly Rowland joined the group in 1992. Additionally, she was the sixth addition to the group along with Beyonce, LaTavia Roberson, Tamar Davis, Nikki Taylor, and Nina Taylor.  Rowland moved in with the Knowles. With LeToya Luckett joining the group in 1993, they changed their name to Destiny’s Child.

In addition, Destiny’s Child signed to Columbia Records in 1997. They recorded their debut song “Killing Time”, for the soundtrack to the film, “Men in Black”. In the year 1998, Destiny’s Child released their self-titled debut album, with hits such as “No, No, No”.

Besides that, their second album, “The Writing’s on the Wall”, released in 1999, went multi-platinum. It featured their most popular songs, “Bills, Bills, Bills”, “Jumpin’ Jumpin’”, and “Say My Name” which became their most successful song.

Whereas, with Knowles, Rowland, and Michelle Williams as Destiny’s Child’s lineup, they recorded “Independent Women Part I” which appeared on the soundtrack to “Charlie’s Angels”. In fact, it topped the Billboard Hot 100 for eleven consecutive weeks. In 2002, she began acting with a recurring role in the sitcom “The Hughleys” as Carly. The following year, she bagged guest roles in “Eve” as Cleo, and in “American Dreams” as Martha Reeves.

In August 2003, she made her movie debut in the film “Freddy vs. Jason” in the supporting role of Kia Waterson. In the year 2004, Rowland starred opposite Duane Martin and Shemar Moore in the romantic comedy “The Seat Filler”, as a pop star who falls for an awards-show seat filler mistaking for an entertainment attorney.

Whereas, Rowland rejoined Beyoncé and Michelle Williams for Destiny’s Child’s final studio album “Destiny Fulfilled”, released in November 2004. It reached number two on the Billboard 200, with the singles “Lose My Breath”, and “Soldier”. During 2005, Destiny’s Child embarked on a worldwide concert tour, “Destiny Fulfilled … And Lovin’ It”. They released their first compilation album “Number 1’s” in October, which peaked at number one on Billboard 200.

In the year 2009, Rowland split from her manager, Matthew Knowles, and Columbia Records. Likewise, in 2011, Rowland reunited with Nelly on “Gone”. The song failed to reprise the success of “Dilemma”. Rowland’s second compilation album, “Playlist: The Very Best of Kelly Rowland” also failed to impact the charts.

She won Top R&B Song at Billboard Music Award in 2012, she won Best Rap/Sung Collaboration at Grammy Awards. Likewise, she also won Song of the Year at Soul Train Award.

She has an estimated net worth of around $30 million and she has earned that sum of money from her professional career.

Kelly’s hair color is black and her eyes color is dark brown. Furthermore, her dress size is 2 (US) and her shoe size is 9 (US).