Posted by MarriedBiography Last Modified January 31, 2021 | In Child , Married , Net Worth
Share this 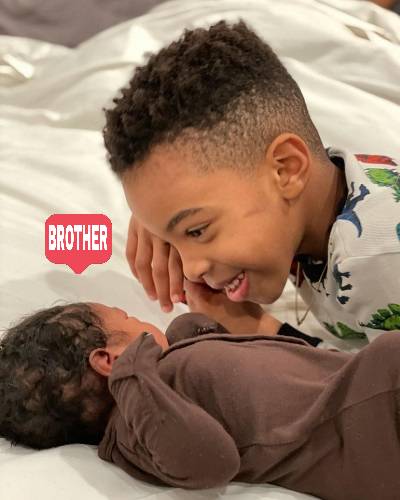 She announced her pregnancy in October with a cover story in Women’s Health Magazine. Kelly revealed in the magazine,

“Me and my husband were in the middle of COVID just like everybody else … and there’s not much to do in the house. We were like, ‘We’ll just try for a baby, we’ll see what happens because we don’t know how long this is gonna last.’ “

The younger child of Kelly, Titan was very excited to meet the upcoming baby. Titan had already named the baby.

Married life of Kelly and Tim

Kelly Rowland and Tim Witherspoon walked down the aisle on 9th May 2014. It was an intimate destination wedding in Costa Rica with just a few friends and family. Kelly’s bandmates Beyonce and Michelle Williams were also invited to the wedding. She wore a beach-friendly wedding gown with a draped. Talking about their wedding, Kelly said,

“You have to pay for food for everyone and I’m not down with that. “Everyone is there just to be nosy and see who I’m wearing, you know. I’m okay.”

Tim had proposed her online over the Internet when she was in Bulgaria. He asked her over Skype and they were staring at each other. Their son Titan was born in the year 2014.

How much is the net worth of Kelly Rowland in 2021?

Kelly Rowland has an estimated net worth of $12 million as per Celebrity Net Worth. She has a Sherman Oaks home which consists of five bedrooms and seven bathrooms. The house features 4,825 square feet and is designed as a modern farmhouse style. Kelly has released four albums which are Talk a Good Game, Here I Am, Ms. Kelly, and Simply Deep.

Her singles are Coffee, Love You More at Christmas Time, Dirty Laundry, Kisses Down Low, Ice, Down for Whatever, Lay It on Me, Motivation, Forever and a Day, and more. Kelly made her debut from Freddy vs. Jason which made a box office collection of $36. 4 million on its first weekend and made a total collection of $114 million.

Also read Who is Randi Martin? Insight on her failed marriage with Pat Mahomes, children, the net worth of son Patrick Mahomes Jr.

Kelly is an American singer, songwriter, actress, and television personality. Likely, Rowland rose to fame in the late 1990s as a member of Destiny’s Child, one of the world’s best-selling girl groups of all time.

She has also appeared in television shows and in successful films, Freddy vs. Jason (2003) and The Seat Filler (2005). Read more bio…

Don’t miss out these 10 celebrity couples who remarried their ex-spouse!
Tags : Ex-member of Destiny's Child Singer