her second marriage with businessman

Kelly Rutherford is a divorced woman.

This wedding was featured in the February 2002 edition of InStyle magazine.

Kelly Rutherford later married her second husband, German businessman Daniel Giersch. They married on 18 August of 2006 and were officially separated on 6 June 2010.

Then, in 6  2006, she gave birth to their first child, Hermes Gustaf Daniel Giersch.

Kelly Rutherford then filed for divorce while she was pregnant with their second child.

There were several disagreements about custody of their first child, a son, and an unborn child.

Kelly gave birth to a baby girl Helena in 2009.

Kelly Rutherford and her husband agreed to a shared custody arrangement in 2010. Her ex-husband Giersch, on the other hand, was deported from the nation for a fake issue in his business.

He was living in France and Monaco at the time, and their children traveled to France to spend the summer with their father in 2012.

Kelly then requested sole custody again, but the judge refused since their father was unable to see them in the United States.

As a consequence, both were given custody.

Kelly, on the other hand, was granted exclusive temporary custody in May 2015.

On July 23, 2015, her ex-husband was granted custody, and Kelly was granted regular visitations and was compelled to divide all of their expenses. 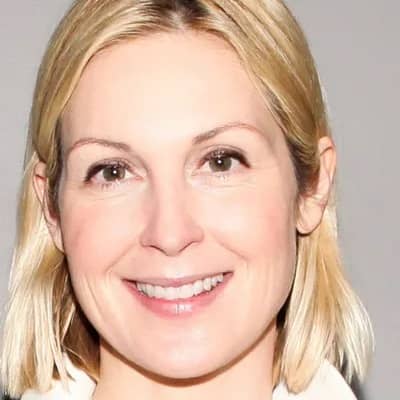 Who is Kelly Rutherford?

Kelly Rutherford’s most recent appearances were as Colleen Saxe in Power Book II: Ghost and Cheryl Volberg in All My Husband’s Wives in 2020.

In terms of her forthcoming project, she has been working on Holiday Twist, which is set to be published in 2022.

Kelly Rutherford was born on November 6, 1968, in Elizabethtown, Kentucky, and possesses American citizenship.

Similarly, she believes in Christianity and is of White ancestry.

Kelly Rutherford was born to Ann Edwards, her mother; she was educated by a single mother and her father’s identity remains unknown.

Kelly spent her younger years with her brother, Anthony Edwards.

She also has two sisters, Lindsey Edwards and Courtney Edwards.

There is no information on whether her childhood was difficult or not.

Rutherford later attended the HB Studio in New York City and the Beverly Hills Playhouse in California after she had graduated from high school.

Kelly Rutherford began her career in the entertainment sector by working on daytime soap operas. She appeared in Loving in 1987.

From 1993 to 1994, Kelly Rutherford was a regular on the Fox sitcom The Adventures of Brisco County, Jr. She subsequently appeared in the film I Love Trouble.

Kelly appears in the series The Great Defender in 1995, and Kindred: The Embraced in 1996.

In the same year, she was cast as Megan Lewis in the Fox primetime serial opera Melrose Place, where she remained until 1999.

Career from 2000 to present

Kelly Rutherford appeared in the horror film Scream 3 in 2000.

She then appeared in the ABC drama Threat Matrix for about a year, from 2003 to 2004. E-Ring was her next television season on NBC.

Kelly appeared in the CW series Gossip Girl in 2007, and the series was completed in 2012. Kelly then appeared in a number of Lifetime movies.

In 2016, he returned to the ABC thriller Quantico, this time as Laura Wyatt.

Kelly Rutherford starred as Melissa Daniels in the remake series Dynasty in 2018.

Then, in 2020, she starred in the television series Power Bool II: Ghost and All My Husband’s Wives.

She is now working on her forthcoming project, Holiday Twist.

Some of her series and movies:

Kelly Rutherford’s total net worth is said to be $1 Million, although her annual salary and income have yet to be reviewed by the source.

All of her money originates from her job as an actress.

Kelly Rutherford has not been involved in any scandals, but she has been in the headlines since her ex-husband Daniel Giersch was deported by the State Department due to a business dispute and their divorce.

However, because this report was determined false, he was denied entry into the United States.

Kelly’s children spent the summer of 2012 in France with their father. Rutherford had sought the court for exclusive custody at the time.

However, because her ex-husband is unable to travel to the United States, custody was split 50/50.

She did, however, get exclusive temporary custody in May 2015 but on July 23, 2015, her ex-husband obtained custody, and Kelly was awarded frequent visitations and was required to split all of their expenditures.

Kelly Rutherford is 5 feet 8 inches tall and has a nice figure with a gorgeous smile.

In terms of bodily measurements, her body mass is 59 kg, her waist size is 26 inches, and her hip size is 36 inches.

Despite the fact that her physical measurements are known, she has not shared her chest measurement.

Her look reveals that she has blonde hair and green eyes.

Kelly Rutherford is active on social media, having millions of fans.

Kelly has a 1 million-follower Instagram account called Kellyrutherford, where she posts numerous quotations and photographs of her dog and herself.

Rutherford is very active on Twitter, with 135.5k followers and around 20.9k tweets.