Kelsey Grammer is a six-time Emmy Award-winning actor. Kelsey is also a comedian, director, producer, singer, activist and what not! He is married and has seven children. 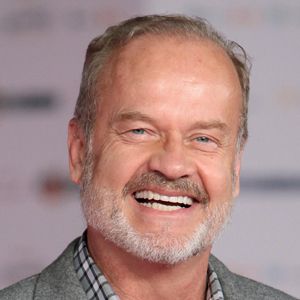 I think it's your duty to overcome what you inherit in life.

My life is a party thrown for me by my own decisions.

The mark of a man is one who knows he can' control his circumstances - but he can control his responses.

Kelsey Grammer is married to Kayte Walsh, a British flight attendant in 2011. The couple is happily married and has three children from the marriage named Faith, Kesley, and Auden.

He first married Doreen Alderman on May 30, 1982. The couple has a daughter named Spencer. After 8 years of married life the couple split. Later he married Barrie Buckner. He has a daughter from that marriage, Greer.

The marriage later got to an end. The same year he married Leigh Anne Cushany but divorced very soon.

After being single for 4 years he married Camille Donatacci, a model, and a dancer. The couple has two children named Mason Olivia and Jude Gordon. After 5 years of married life, the couple divorced.

Who is Kelsey Grammer?

Kelsey Grammar is an Emmy-award winning actor, producer, director, writer, singer, comedian, and also an activist. He has a full movie crew in his single personality.

He is famous as Dr. Frasier Crane on Cheers and Frasier the NBC sitcom. His spectacular voice acting along with his writing and direction skills can be seen on The Simpsons as Sideshow Bob.

Kelsey was born on February 21, 1955, in Saint Thomas, Virgin Island, the U.S.A. as Allen Kelsey Grammer. His father Frank Allen Grammer, Jr. was a coffee shop owner and a musician.

Her mother’s name is Sally, she died in 2008. At the age of two, his parents divorced and he was raised by his grandparents. In 1968 his father was shot dead.

Grammer had a very sorrowful childhood as he lost his sister at the age of 20, she was kidnaped and brutally murdered and after five years his two half-brothers died in a car accident.

His education started at Pine Crest School. His study along with his acting was very much praised by his teacher and they encouraged him to organize his career in it.

Later he joined Juilliard School after which he interned with Old Globe Theater in the 1970s. He also acted and gained knowledge from Guthrie Theatre in Minnesota.

Kelsey Grammer had great skills in acting. He made his Broadway debut in 1981 as “Lennox” in Macbeth. Grammer also worked for many television shows before joining the sitcom Cheers and his character Dr. Frasier Crane became very popular.

In 1993 after his return from the rehabilitation center he debuted on Fraiser which won Emmy Awards for him in the category “Outstanding Lead Actor in a Comedy Series” after a decade the series came to an end.

After the end of the series, her another career as a star in movies started. He was cast in many hit movies like Every Money, X-Men: The Last Stand, Swing Vote, Fame and I Don’t Know How She Does It.  Apart from it he also worked in the sitcom-like Hank, Back to You.

Kelsey has a very successful career with many awards landed on her shelves. She has a huge collection of 18 major awards and a minimum of 45 nominations and became the first American actor to be nominated for multiple Emmy Awards for the same character on different television shows.

He also won a Golden Globe Award as the best actor. Kelsey also won Tony Award and American Comedy Award Twice. His name was inducted into the Hollywood Walk of Fame.

Giving successful movies and getting numerous awards he is on the list of a high paying actor. His annual salary is around $18 million whereas his net worth is calculated to be around $60 million.

Apart from the numerous rumors and controversy followed by every celebrity. Kesley also has one following him. He almost lost his career after being arrested for possession of cocaine and drunken drive case.

Kelsey was sent to jail for a short period of time and later sent to a drug rehabilitation center for further treatment.

He was charged with a sexual assault case when a 15 years girl complained that he had sex with the girl in the local hotel.  Due to a delay in complaining, there was no physical evidence to prove it and Kelsey also claimed it as an attempt to extort money from him.

Kelsey Grammer is a very popular guy for his looks among his female fans. He stands at the height of 6 feet and 1 inch with 90 kg weight, has light brown hair and blue eyes.

In short, it can be said that he looks very handsome and attractive.

Kelsey has a huge fan following on Facebook. He has 57k followers on his account. His twitter account can also be seen in the same way as he posts eventually on both of his profiles and has 57.5k followers in it.

There is no account registered in his name on Instagram but if he opens one his fans will surely reach the same figure within a short period of time.