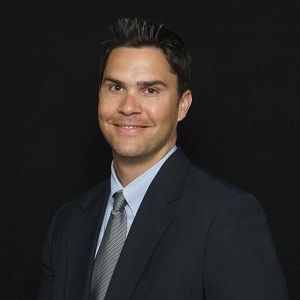 The 41-year-old American TV host, Ken Corsini is a married man. He tied the knot with his longtime girlfriend Anita Corsini.

The beautiful married couple is now together for more than 17 years. They first met in college at the University of Georgia.

Together, the couple also has two daughters and a son. Apart from her, he has never been involved in any affairs. Currently, Ken and Anita are enjoying their married life and living elegantly.

Who is Ken Corsini?

Ken Corsini is an American TV host as well as a real estate agent. Currently, he hosts the HGTV original series Flip or Flop Atlanta and The Deal Farm. Furthermore, he is also the co-founder of Red Barn Homes.

Moving towards his nationality, he is American and his ethnicity is unknown. Furthermore, there is not any information regarding his childhood and early life.

Talking about his education, Ken graduated from the University of Georgia in 1999 with a Business degree in Risk Management. Later in 2009, he earned his master’s degree in Building Construction from Georgia Tech.

Ken began his career as a real estate agent. Later, he began to host The Deal Farm. Furthermore, he has also written various articles relating to real estate sites which include BiggerPockets and Realtor.

Currently, Ken hosts the HGTV original series Flip or Flop Atlanta along with his wife Anita Corsini. The couple got huge success from their company called Red Barn Homes. Ken and Anita have bought and sold over 600 houses in Metro Atlanta.

Being a successful real estate agent, he pockets a massive amount of money from his profession. As per the reports, the couple has an estimated net worth of $12 million. As of now, Ken has not won any awards in his career.

So far, there have not been any notable controversies in his career. Moreover, there are no rumors regarding his personal and professional life. It seems he has kept life and work quite decent.

Talking about his body measurements, he has a pair of beautiful brown eyes and black hair. Besides this, there is not any information regarding his height, weight, and other body measurements.

Ken is a bit active on social media. Currently, he has almost 3k followers on Instagram. However, he doesn’t hold other social accounts such as Twitter and Facebook.