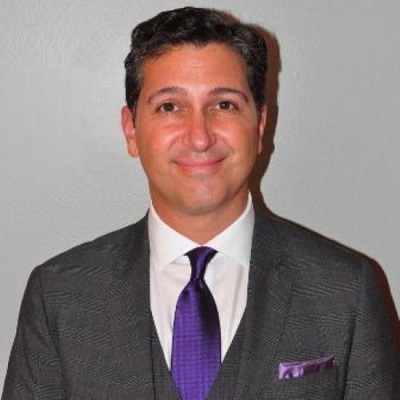 Ken Dilanian is happily married to Cathy Yoon on 3rd May 2003.

His wife, Cathy, is of Korean descent and 1998-graduate from Bryn Mawr College with a degree in English Literature and East Asian Studies. Currently, she works as an Administrative Assistant at CrowdStrike.

Ken and Cathy have two sons, Kenneth III and Maxwell.

Who is Ken Dilanian?

American Ken Dilanian is the recipient of Casey Medal for Meritorious Journalism.

Currently, he works as the Intelligence and National Security correspondent for NBC News.

Ken Dilanian was born Kenneth Jacob Dilanian Jr. on 13th May 1967 in East Longmeadow, Massachusetts, the USA. He was raised along with her sister, Jane Dilanian.

His father, Kenneth Dilanian and mother Barbara Dilanian of Caucasian ethnicity. Mr. Dilanian was a member of the Eisenhower Administration.

Ken attended Williams College, Williamstown, Massachusetts, in 1987 and graduated in 1991 with a degree in Political Science and History.

Ken started his career in January 1997 as a journalist with the Philadelphia Inquirer. He worked there as an investigative and political reporter.

After that, he began working for USA Today in 2007, where he served as an Investigative Reporter and Congressional Correspondent. There he reported the 2008 presidential campaign, the State Department, and foreign policy.

He worked at USA Today for three years and then joined Los Angeles Times in April 2010 as a National Security Correspondent.

He covered the intelligence community in the Times Washington Bureau for four years. Soon after that, he served Associated Press for nearly two years as an Intelligence Writer.

Ken is the author of Deaths in Philadelphia’s Child Welfare System, in 2007, that gained him worldwide attention and also won the Casey Medal for Meritorious Journalism.