Ken Jennings is a record-setting game show contestant, author and computer scientist. He is married to his girlfriend, Mindy Boam since 2000. Ken and Mindy have to children and are together since two decades. 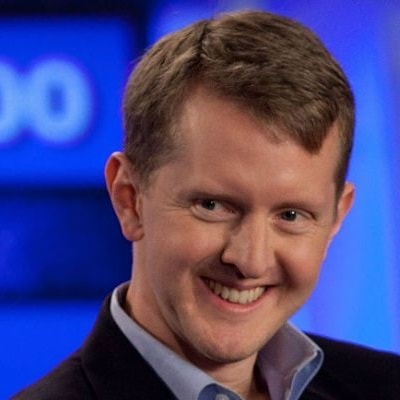 Being a nerd really pays off sometimes.

Even before you understand them, your brain is drawn to maps.

I would read the atlas for pleasure. I knew it was weird. It was weird

If I start outsourcing all my navigation to a little talking box in my car, I'm sort of screwed. I'm going to lose my car in the parking lot every single time

Even before you understand them, your brain is drawn to maps.

Ken Jennings is a married person. He is married to his longtime girlfriend Mindy Boam since 16 September 2000. They met for the first time at Brigham Young University.

The couple is blessed with two children: son Dylan Jennings in 2002 and daughter Caitlin Elizabeth Jennings on November 13, 2006.

Who is Ken Jennings?

74 times and is the second highest-earning American game show contestant of all time. Also, he sets the record for the longest winning streak on the U.S. game show Jeopardy!

His family lived in Seoul, South Korea from 1981 to 1992 and Singapore from 1992 to 1996 where his father worked as an attorney and then as Asia Pacific Division Counsel of Oracle Corporation.

Ken holds American citizenship but his ethnicity is English.

He joined the Seoul Foreign School and then joined Brigham Young University in 1996 from where he graduated with a degree in Computer Science and English. In addition, he studied at the University of Washington during his freshman year.

He was a member of BYU’s Quiz Bowl Team and worked as a software engineer for a Salt Lake City health care staffing company.

Jennings came on the show Jeopardy!, as a contestant in the 20th season whose first episode aired on June 2, 2004. On November 30, 2004, his winning streak was the winner of Jeopardy! ended when he lost his 75th game to challenger Nancy Zerg having won over $2.5 million in total.

However, Ken Jennings did not win the competition as Brad Rutter defeated both Jennings and Jerome Vered. Jennings’s final score was $34,599 while Rutter and Vered’s scores were $62,000 and $20,600 respectively. For finishing in second place he won the $500,000 prize.

Ken Jennings thinks James Holzhauer’s ‘Jeopardy!’ run is ‘Insane,’ but warns against betting on him.

Ken Jennings has a height of 5 ft. 10 inches and has green eyes and blonde hair. Other information about his shoe size, dress size, etc. is unknown.

DWTS Sharna Burgess blogging every week! Talks about her Partner Bonner Bolton in the Blog: ‘He’s Broken on the Inside’