Ken Todd is a Restaurateur. He is also a television star who was starred in The Real Housewives of Beverly Hills. Ken is married to Lisa Vanderpump and has two children. 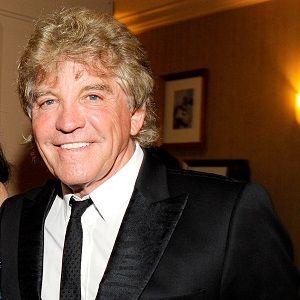 The famous British restaurateur, Ken Todd is a married man. He tied the knot with his girlfriend after dating her for a couple of weeks only. On 28 August 1982, Ken and Lisa Vanderpump exchanged their vows. Since their marriage, they have maintained a sound relationship between them. They also have two children, Max Todd, and Pandora Todd.

However, she is not his first wife. He was previously married to a woman named Pamela Todd. They also had a son Warren. Although, they separated just after two years of marriage. Furthermore, Ken and Lisa also shared some beautiful time together and also spotted in the public and media. Currently, Ken and Lisa are enjoying their married life and living elegantly.

Who is Ken Todd?

Ken Todd is a British television reality star as well as a restaurateur. He is popular for his role on Bravo’s The Real Housewives of Beverly Hills.

Currently, Ken along with her wife Lisa Vanderpump owns over 26 restaurants in London and Los Angeles.

They also have two new restaurants in California. Moreover, he designed 26 of the London-based bars and restaurants in London and Los Angeles. Furthermore, he is famous as one of the most successful restaurateurs. In addition, the couple has been together in married life for almost 36 years and have two children.

Being a famous restaurateur, he earns a handsome amount of money from his profession. Currently, he has a staggering net worth of $75 million.

So far, Ken has not won any awards in his career. Although, he has been doing a great job in his field and he is widely popular around the Globe.

Once, Ken faced controversy after a female executive claimed that he has accused her of saying ‘I will ruin your life’. After the incident, Lisa backed her husband. Besides this, there are no rumors regarding his personal and professional life.

Talking about Ken Todd’s body measurements, he has a pair of blue eyes and golden hair. Besides this, there is not any information regarding his height, weight, and other body measurements.

Ken Todd is not so active on social media. Currently, he holds a Twitter account on which he has more than 135k followers.

Surf Coast, Australia: A couple convicted of causing grievous injury to their toddler daughter due to feeding her a strict vegan diet!