Rose to fame with his marriage to American singer-songwriter and actress, Fantasia Barrino. 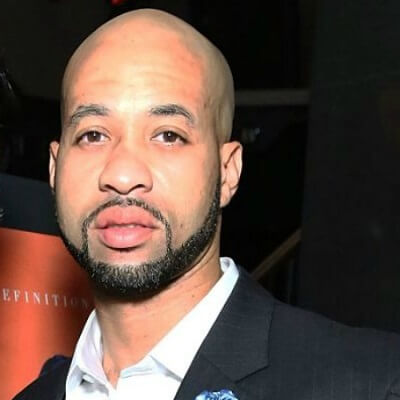 Kendall Taylor is a married man. He is married to American singer-songwriter Fantasia Barrino.

The couple first met in a nightclub in 2015. After dating for some time, the couple exchanged wedding vows on July 18, 2015, and has now been married for over 5 years. They don’t have any children from their marriage so far.

When he was just 15 years old, he became the father to a child named Trey. He is also the stepfather to Fantasia’s two children, Brandel, and Dallas.

Who is Kendall Taylor?

Kendall Taylor is a German-American businessman. He rose to fame with his marriage to American singer-songwriter and actress, Fantasia Barrino.

Kendall Taylor was born in Wiesbaden, Germany, on August 10, 1980, under the birth sign, Leo. As of 2020, his age is 39. There is no information about his early life and family background.

He has not revealed anything about his parents. Similarly, there is no information about his siblings and other family members.

Taylor began experimenting with drugs, sex, and alcohol when he was still just a teenager. He spent his childhood days in Wiesbaden but later moved to the US. His ethnicity is German and he has dual nationality of America and Germany.

Kendall Taylor is a successful businessman. He currently serves as the president of a company called ‘Rock Soul’. It is a company based in North Carolina, US. Previously, he worked as the Chief Operating Officer of Metro transportation, LLC.

Moreover, he is also a member of the ‘Charlotte Urban League’ and ‘Men Who Care Global’. In 2014, Kendall received the Lowe’s Pride Awards as the Pride MBE of Distinction Winner for his success as a Businessman.

However, his main reason for fame is his marriage to Fantasia. She is an American R&B singer-songwriter and actress who rose to fame as the winner of the third season of American Idol in 2004.

After winning the competition, she released her debut single, “I Believe,” which immediately became popular and debuted at number one on the Billboard Hot 100. Her debut album, Free Yourself was certified Platinum by the RIAA and earned nominations for the Grammys.

Kendall Taylor stands at a height of 5 feet 11 inches and weighs around 77 kg. He has black hair and his eyes are dark brown in color.

Kendall Taylor has an estimated net worth of around $700k as of 2020. His primary source of income is his career as a businessman. From his career, he earns an annual salary of around $120k.

His wife, Fantasia Barrino has an estimated net worth of $5 million as of 2020.

Taylor’s personal life has been controversial. He has previously been convicted for assault. In January 2012, his failure to pay child support resulted in him being arrested by the police.

You may also like to read the Bio, Career, net Worth, Body Measurements, Relationships, and more about Fantasia Barrino, Jamie Foxx, Emma Stone, and more.