Kennedy Brice is an American Child actress. She is not focused on love, affairs.

As Kennedy Brice is only 16 years old, she is enjoying her career as an actress and is not focus on love, affairs, and other such matters. 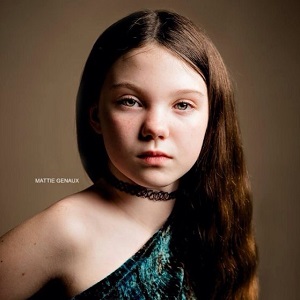 Who is Kennedy Brice?

Kennedy Brice is an American Child actress. She began acting at the age of 7 and even directs, writes, and stars in herself made short stories.

Brice is best known for her role as “Finley Chota” on FOX’s “Red Band Society” and “Molly” on AMC’s “The Walking Dead”. She loves heavy metal music with her favorite bands being Rob Zombie and Five Finger Death Punch.

Kennedy Brice was born on the 5th of March of 2004. Her birthplace is in Atlanta, Georgia, United States.

Her ethnicity is Caucasian and nationality is American. Details about her father and mother are not disclosed.

Kennedy once had a hearing problem called Tympanoplasty (implementation of a prosthetic eardrum). She lost her hearing in her left ear and need to undergo a surgery because of which she has already overcome the hearing problem at present she doesn’t have any hearing problem.

Brice had also been a victim of bullying and had also played the role of being a victim which was very personal for her to perform.

She is an elementary school student. In her mid-school, she was a very active in anti-bullying. She used to participate in various different extracurricular activities.

Kennedy Brice’s debut year was in 2012. As she loved Zombie horror fiction, this is the reason she played the role of The Walking Dead.

She was the one who raised to fame in the role of Molly in the fourth season of the AMC hit series The Walking Dead. She had acted in different movies such as “Finley Chota” on FOX’s “Red Band Society” and “Molly” on AMC’s “The Walking Dead”.

Brice had also played the role of Melissa in “Boome & Slade”, the girl in “The Peach Creek Show, as Classmate in “Devil’s Knot”, Quinn Logan in “Don’t look down”.  Kennedy’s real-life birth was used in the movie “Crackerjack” and she appeared in the June movie.

She is the winner of three awards as Young Georgia author for her storytelling talent. She also did her first stunt in Sony’s The Disappointments Room.

Her first lead role was in the award-winning FSU short “Gold tooth”, followed by “To the Moon” which was a College Television Emmy Nominee in 2015. She was recently awarded as a “Best Actress” at the Savannah Film Festival in 2013 for her role as “Buddy”.

There is no information about her salary and she has an estimated net worth of $1.3 million as of 2022.

Despite being a child artist, Kennedy Brice has maintained her body figure since her young age. Her height is 5 feet and 1 inch and weight is 45.4 (100lbs). Her hair color is said to be red and her eye color is blue.