Kenneth Branagh is a Northern Irish actor, director, producer, and screenwriter. He is a married man. 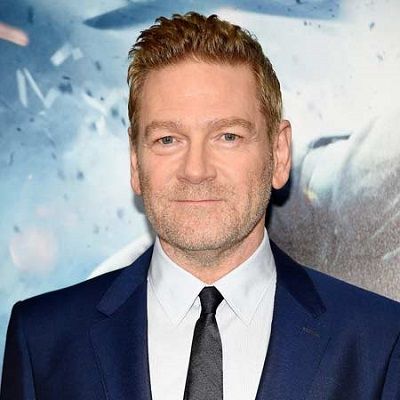 My definition of success is control

One of the things that makes Hamlet unique among Shakespeare's characters is his courage to face up to the darker elements of his personality.

Kenneth Branagh married actress Emma Thompson on August 20, 1989. They were featured together in TV  series like ‘Fortunes of War’ and films including ‘Look Back in Anger’, ‘Henry V’, and ‘Much Ado About Nothing.’

While still married to Emma, Kenneth started having an affair with actress Helena Bonham Carter while he was directing and co-starring with her in ‘Mary Shelley’s Frankenstein’.

His wife ended the marriage on October 1, 1995. His relationship with Helena continued for several years.

Moreover, he met film art director Lindsay Brunnock during the filming of ‘Shackleton’. They got married on May 24, 2003.

Who is Kenneth Branagh?

Kenneth Branagh is a Northern Irish actor, director, producer, and screenwriter, who is well known for his film and TV adaptations of a number of Shakespeare’s plays as well as for blockbusters like ‘Thor‘ and ‘Cinderella.’

Kenneth was born in Belfast, Northern Ireland on December 10, 1960. His birth name is  Kenneth Charles Branagh.

His father’s name is William Branagh is a plumber and his mother’s name is Frances Branagh. He belongs to a family of working-class Protestants.

Talking about his profession, Kenneth Branagh received training at the Royal Academy of Dramatic Art in London and embarked on a career as a stage actor. Additionally, he joined the Royal Shakespeare Company and in 1984, performed in the company’s production of ‘Henry V’, directed by Adrian Noble.

The play ran to full houses in London. Later, he would adopt this version of the play into a film in 1989.

In the year 1987, he co-founded the Renaissance Theatre Company with English film producer and actor David Parfitt. He experienced success with several productions including ‘Romeo and Juliet’, in which he co-starred with English actress Samantha Bond.

One of Renaissance’s major productions was ‘Twelfth Night’ (1987), starring Frances Barber as Viola and Richard Briers as Malvolio.

In the year 1988, he collaborated with Birmingham Rep for a tour of three Shakespearean plays—comedy ‘Much Ado About Nothing’, romantic drama ‘As You Like It’, and tragedy ‘Hamlet’. The project was called Renaissance Shakespeare on the Road.

In the year 1989, Renaissance presented ‘Look Back in Anger’, directed by Judi Dench, who also directed the television version. The play featured Kenneth Branagh and Emma Thompson.

Besides that, Kenneth Branagh became popular as an interpreter of Shakespeare’s works on the big and the small screens, making the plays accessible to the masses. He not only directed but also starred in a number of adaptations. He directed the film ‘Henry V’ in 1989, and also appeared as the title character.

Whereas, his next Shakespearean adaptation was ‘Much Ado About Nothing’, directed in 1993. The film featured him along with Emma Thompson.

In 2002, he starred in the television movie ‘Shackleton’. In the year 2006, he directed the film version of Mozart’s opera ‘The Magic Flute’.  He portrayed Dormandy in Richard Curtis’ film ‘The Boat That Rocked’ in 2009. In the year 2011, he directed ‘Thor’, an American superhero film based on Marvel Comics characters.

The film was a commercial success, and the performance of the cast received critical acclaim. In the same year, his appearance as Olivier in ‘My Week with Marilyn’.

Additionally, he appeared in several TV films as well. His portrayal of US President Franklin D. Roosevelt in the 2005 film ‘Warm Springs’. He also played the role of Edmund in ‘King Lear’, broadcast on radio. Similarly, he narrated several audiobooks like ‘The Magician’s Nephew’ by C. S. Lewis.

In the year 2015, he directed ‘Cinderella’, an adaptation of the fairy tale. Co-produced by Walt Disney Pictures, the film featured Lily James and Cate Blanchett as Cinderella and Lady Tremaine respectively.

In 2017, he played the role of a British naval commander in World War II, in the film ‘Dunkirk’. The film highlights the evacuation of the Allied troops from France. In the same year, he directed the film ‘Murder on the Orient Express’ based on Agatha Christie’s novel. He appeared as the detective Hercule Poirot.

He won Outstanding Lead Actor in a Miniseries or a Movie for Conspiracy (2001) at Primetime Emmy Award, he won Best Actor for Wallander (2008), Best Direction for Henry V (1989) at BAFTA TV Award. He has been a winner for My Week with Marilyn (2011) at Capri Ensemble Cast Award in 2011.

Similarly, he won Foreign Film (Ausländischer Film) for Much Ado About Nothing (1993) at Guild Film Award, he also won an award for Cinderella (2015) at Truly Moving Picture Award in 2015.

He has an estimated net worth of around $60 million (as per 2020 data) and he has earned that sum of money from his professional career.

But his salary is not dislclosed.

Kenneth Branagh has a height of 5 feet 9 inches and he weighs 74Kg. His hair color is light brown and his eyes color is dark brown.

Also, read the affair, salary, net worth, controversy, and the bio of Kristian Nairn, and Graham Norton.