Kenneth Choi is an American actor. He is popular for his acting skills in The Wolf of Wall Street (2013), The People v. O. J. Simpson: American Crime Story (2016), and more. 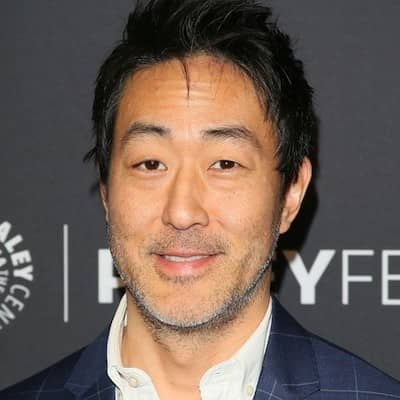 I think I can sing, but that does not mean I can actually sing. I fear that I'm like one of those 'American Idol' contestants who truly believe they are good and are actually dreadful

When I moved to Los Angeles, I figured I'm really going to make an attempt to become a real actor. And when I did that, I thought it was time for me to face my parents and tell them what I did

When I work, I like to just kind of stay quiet, stay to myself. I like to walk around a lot and figure out what's gonna happen in the scene and try to get my head straight.

What is the relationship of Kenneth Choi?

He has not revealed the details of his present affair or girlfriend.

If there is any detailed info about his relationship status then it’ll be updated.

Who is Kenneth Choi?

Kenneth Choi is an American actor.

Currently, he plays the character of Howie ‘Chimney’ Han in a procedural TV show 9-1-1.

His birthdate is 20 Oct 1971 and he was born in Chicago, Illinois, United States. The names of his mother along with his father are not disclosed.

But his mom is a nurse while his dad is an electrical engineering professor.

Kenneth’s ancestry is Asian and has two siblings. Regarding his academics, he attended Longwood Elementary and Homewood-Flossmoor High School.

Then he went to Purdue University for his further studies.

Kenneth Choi is a popular face of the entertainment world. His first movie was named Halloweentown in 1998.

In addition, Kenneth noted in TV series like Samurai Girl as Sato, Ironside as Captain Ed Rollins, Sons of Anarchy as Henry Lin, and Allegiance as Sam Luttrell.

The list of his other notable TV series is,

By the recorded reports of 2021, he has accumulated a net worth of around $2 million US. The annual salary from his acting journey is behind the curtain.

This 9-1-1 famed actor is keeping himself away from rumors as well as scandals.

Kenneth Choi’s height is 5 ft 6 inches and his body weight is average.

Moreover, he has black eyes and his hair is also in black color.

Senior Pastor Kenny Baldwin-Know his Life journey to the Lord!