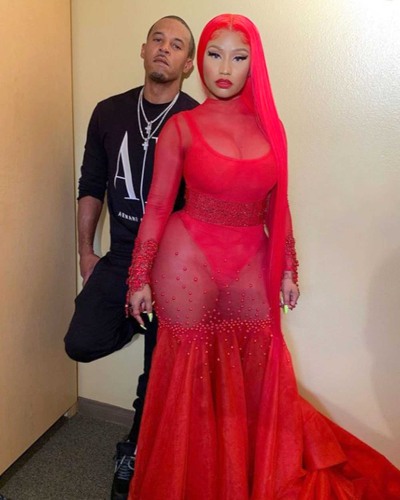 Kenneth Petty and his wife Nicki Minaj are in serious trouble! They have been sued by a woman whom Kenneth was convicted of attempting to rape in 1994. The woman has filed a lawsuit alleging that the couple harassed her to try to make her take back all of her claims.

Also, the victim alleged that she was attacked at knifepoint as a 16-year-old in Queens by Kenneth. After that, Petty was arrested on suspicion of rape and pleaded guilty to attempted rape. Likewise, he served four and a half years in prison. The woman has also accused Nicki of contacting the victim’s family and lying to her social media followers about the incident.

As per the lawsuit filed in the US district court or the eastern district of New York claimed that the rapper had offered her $500,000 to drop the story. In March 2020, Petty was arrested for failure to register as a sex offender in California, it was alleged that the victim was contacted by a childhood friend who acted as an intermediary between her and Minaj.

More on the allegation

The childhood friend provided Nicki with the woman’s number who called and offered to fly her and her family to Los Angeles.

But as per the woman, she declined the offer and turned down Minaj’s offer to have her publicist draft a statement recanting the rape allegation.

As per the conversation with Nicki,

“I need you to know woman to woman, that this happened.”

Just a few days later, the woman and her family were threatened with harassing calls and unsolicited visits. Likewise, it is claimed that there was a $20,000 cash offer and that Minaj offered to send the woman’s daughter a video message for her 16th birthday.

Moreover, the victim woman has claimed that she has not worked since May 2020 due to severe depression, paranoia, constant moving, harassment, and threats from Kenneth and Nicki.

American Kenneth Petty is a convicted sex offender and 1st-degree murderer. Likewise, he is renowned as the better half of the Trinidadian-American rapper, Model, singer, and songwriter, Nicki Minaj. Read more bio…