Posted by MarriedBiography Posted on July 18, 2020 | In Dating , Relationship
Share this

Kenny Barnes is a television personality. Kenny starred in the Netflix dating series Love Is Blind. In the show, he proposed his fellow contestant Kelly Chase. But their relationship did not work out and they parted ways.

After breaking up with Kelly, he started dating Alexandra. Both of them posts pictures of them on Instagram. They are having a good time together. On Easter, Alexandra posted their picture and wrote,

“Wishing we could’ve gone to 7th Street for Easter dinner, but Wendy’s was the winner tonight ???? – Hope everyone had a safe weekend filled with lots of family & friend virtual visits! Happy Easter friends.???? He is Risen!”

They have visited many places together. Together they make a very adorable couple. Even though his previous relationship on the show Love is Blind did not work out but he is doing well with Alexandra.

What is the age of Kenny Barnes?

“Happy day, Mom! Role model, mentor, supporter, teacher, athlete, Chef, baker and everything in between. Thanks for everything you have done and continue to do to keep our family together. We love you every day!”

He also wished his father on father’s day with a sweet message. He took boxing lessons during the summer of 2019. Similarly, he attended Wofford College. Other than that Kenny is private about his life and has not revealed much about it.

What really happened between Kenny Barnes and Kelly Chase?

Kenny Barnes opened up about what happened between him and Kelly Chase on the Netflix show Love Is Blind. Their romance lacked during the show which dif not made happy ending of the show. They did not had any intention to get married on the show. Kenny said,

“We were adamant about we’re not going to get married. And really, the engagement was just to extend the experiment. And we were both committed to that.”

“I thought that we were going to continue dating, because that was communicated between us. And then it was our last filming day, and he had a conversation with me like, ‘Hey, I think I am not emotionally available right now. I need to take some time apart from you.’ I felt very rejected, like, ‘That wasn’t the plan. What the heck?’”

Kenny wanted to take a break for himself as he wanted to focus on himself. He thought he caused stress for his friends and family. He wanted to make things right. After finishing the shooting, they lost connection. His experience from the show made him focus on the things that matter to him.

Likewise, Kenny also wanted to commit himself for the next seven-eight months for self-improvement.

Barnes has been consistent since then. He has made more than 200 posts. Kenny shares pictures with his girlfriend Alexandra. He has a corgi dog whose pictures he shares on Instagram. 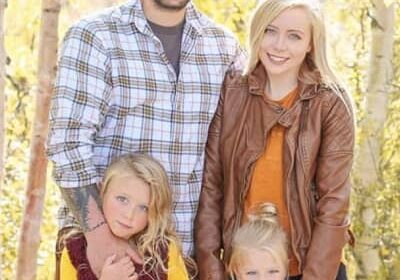