Kenny Dykstra is an American professional wrestler, his birth name is Kenneth George Doane. Besides that, he is well known for his wrestling name and made his wrestling debut at the age of fifteen in 2001. He is living a single life.

Kenny Dykstra is living a single life and he is focusing on his career. Also, even if he is dating someone, he has not shared his personal life in public.

Moreover, he has not yet been spotted with anyone in public places. 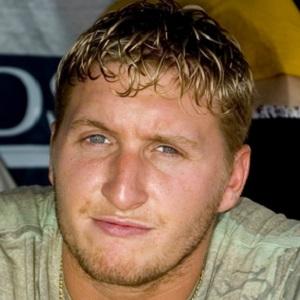 Who is Kenny Dykstra?

Kenny Dykstra is an American professional wrestler, his birth name is Kenneth George Doane. Besides that, he is well known by his wrestling name and made his wrestling debut at the age of fifteen in 2001.

Kenny was born in Southbridge, Massachusetts, the United States on March 16, 1986, to parents Ken Doane and Vickie Doane. He has a sibling namely, Mike Doane.

He belongs to American nationality but his ethnicity is unknown. His birth sign is Pisces. Talking about his education, firstly, he attended Bay Path Regional Vocational Technical High School.

Then, he attended Nichols College.

Talking about his profession, Kenny Dykstrafirst debuted in professional wrestling at the age of 15 in 2001, in New England area under the name Kenn Phoenix. Whereas, he was also contacted by World Wrestling Entertainment (WWE) and was asked to make appearances for their developmental territory Ohio Valley Wrestling (OVW).

During 2003, he also made his first national television appearance in WWE at the age of 17 in the episode of WWE Raw as Ken Pheonix.

Moreover, he also made another appearance on an episode of Sunday Night Heat, losing to Lance Storm before officially signing to a developmental deal and to OVW full-time on June 4, 2004. Likewise, during 2005, at the promotion, his first match was against Kenzo Suzuki, whom he defeated.

Similarly, during 2007, in the episode of Smackdown. Besides WWE, he has also appeared on Seducing Cindy, a Fox Reality series that follows Cindy Margolis, who was once the most downloaded woman on the Internet, as she searches for the new love.

There isn’t any information about his salary and net worth.

On talking about his body measurements, Kenny Dykstra has a height of 6 feet 5 inches. Additionally, he weighs is 100Kg. Kenny’s hair color is blonde and his eye color is dark brown.