Kenny Ortega is an American producer, director, and choreographer. He is best known for best known as the director of movies such as Hocus Pocus, the High School Musical trilogy, Descendants and Michael Jackson’s This Is It concerts. He is possibly single. 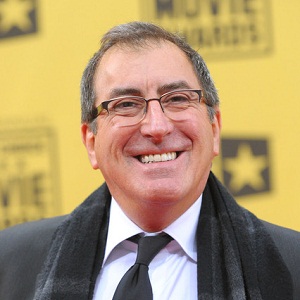 I like to know who I'm working with, and it's important because they've got to be able to bring something to the party

To want to be an actor is enough - you don't need to tell us about it. The interesting person who comes with some life experience is always the person who is going to be chosen by me

I was working in theater, so I didn't get to go to my prom.

According to our records, Kenny Ortega is possibly single. He has not revealed any of his past relationships.

Also, it is hard to know if he has been dating anyone or has a girlfriend. Whether he is married or had a wife or divorce. He seems to be focusing much on the professional life that he has little or no time left for her personal life.

Rumors were that Dove Cameron and Kenny are secretly having an affair. But there is no confirmation from both parties.

Who is Kenny Ortega?

Kenny Ortega is an American producer, director, and choreographer. He is best known for best known as the director of movies such as Hocus Pocus, the High School Musical trilogy, Descendants and Michael Jackson’s This Is It concerts.

Kenny Ortega was born on 18 April 1950, and he is a native of Palo Alto, California, the United States of America. His nationality is American and ethnicity is Spanish.

He was born and spent most of his early life where he was born. He was welcomed to the family as the son of a waitress mother Madeline and father, Octavo “Tibby” Ortega, a factory worker.

Both of his parents were also born in Palo Alto. His grandparents were originally from Spain.

He attended Sequoia High School in Redwood City, California, where he was a cheerleader; a lot of people made fun of him.

Initially, Kenny Ortega started getting attention for working with dancer and choreographer Gene Kelly on the film Xanadu. He also choreographed the dance for the Menudo video “Hold Me”, as well as the film Dirty Dancing, released in 1987.

Kenny has won awards for choreography in music videos, such as Madonna’s “Material Girl”. He also worked with The Tubes on their stage shows and directed the video for She’s a Beauty.

In May 2009, Ortega began work on the scheduled Michael Jackson 50-date This Is It concerts, which was canceled subsequent to Jackson’s sudden death. However, he got a chance to direct the concert film Michael Jackson’s This Is It, released on October 28.

He was set to direct the 2011 remake of the movie Footloose, but he backed out in October 2009. On August 9, 2011, it was announced that Ortega will direct a remake of Dirty Dancing, a project that was later postponed. On May 12, 2014, during the 18th season of dancing with the Stars semifinals, he appeared on the show as a guest judge.

He has an estimated net worth of $ 10 million but his salary is not revealed yet.

According to rumors, His relationship status is not yet disclosed; he is frequently rumored to be gay. However, he doesn’t seem much bothered by the rumors and he did not say much on the topic.

Kenny Ortega has a height of 5 feet 10 inches. His body weighs 75kg. He has salt-pepper hair and hazel eyes.