Posted by MarriedBiography Posted on March 22, 2020 | In Death , Health
Share this

Kenny Rogers and his death

The country musician, Kenny Rogers died on 20 March 2020, his family stated. He was 81. His family tweeted:

“The Rogers family is sad to announce that Kenny Rogers passed away last night at 10:25PM at the age of 81. Rogers passed away peacefully at home from natural causes under the care of hospice and surrounded by his family. https://ymlp.com/zbjSX9″

The Rogers family is sad to announce that Kenny Rogers passed away last night at 10:25PM at the age of 81. Rogers passed away peacefully at home from natural causes under the care of hospice and surrounded by his family. https://t.co/adxAgiMW2s pic.twitter.com/nggWiiotMT

Kenny is survived by his wife Wanda and his four children, Justin, Jordan, Chris and Kenny Jr. Additionally, he has two brothers, one sister, and grandchildren, nieces, and nephews. Currently, there will be a private funeral ceremony due to the looming coronavirus scare. And a public funeral will be at a later date.

For nearly six decades, Kenny reigned in country music. He retired from touring in 2017 at age 79 due to health issues. In 2018, he stopped doing many shows. His management said:

“Kenny Rogers has been working through a series of health challenges and has been advised to cancel all performances through the end of the year to focus on recuperation,”

He did the Gambler’s last deal tour and said:

“I didn’t want to take forever to retire. I’ve thoroughly enjoyed this opportunity to say farewell to the fans over the course of the past two years on ‘The Gambler’s Last Deal’ tour.”

In May 2019, he was admitted at a Georgia hospital due to dehydration and failing health.

About Kenny’s life and career

Kenny was born in Houston in Texas. He grew up in a public housing with his seven siblings. At age 20, he had his first hold single That Crazy Feeling. He was standby bass player for a jazz group, the Bobby Doyle Trio.

In 1966, came his breakthrough with folk band New Christy Minstrels which disbanded in 1974. He went solo and won several awards. In all, he had 24 No. 1 hits and won six CMA Awards and three Grammys. The biggest hit was in 1980 and called Lady.

Click the link here to get more info on Larry Edgeworth, audio technician of NBC News family dies due to coronavirus complications!

He paired with several female singers and most prominently with Dolly Parton. In 2015, he told Associated Press:

“You either do what everyone else is doing and you do it better, or you do what no one else is doing and you don’t invite comparison. And I chose that way because I could never be better than Johnny Cash or Willie or Waylon at what they did. So I found something that I could do that didn’t invite comparison to them. And I think people thought it was my desire to change country music. But that was never my issue.”

Click the link ahead to read more on Bobbie Battista, former CNN anchor dead at age 67 due to cervical cancer! 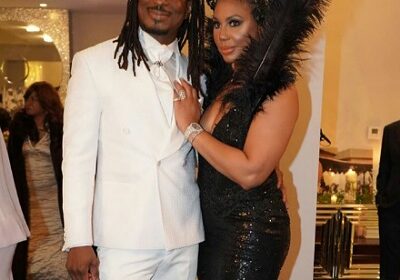