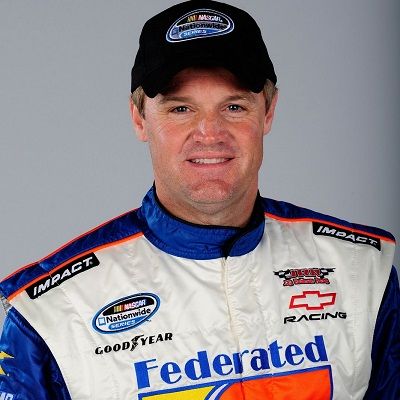 It's been a long four years for Junior Nation. I am happy for his fans and NASCAR. Now, let's celebrate this win and help our sport grow. I have thought that ever since we took all our eyes and undivided attention off of Dale Jr. and gave him some breathing room, he was able to be more himself and relax a bit. Some of that pressure left him. Today we just saw the 'Old Dale Jr.,' the one we've been looking for, for a long time. He is back.

When things go wrong, I just think: It's part of the journey.

I moved to Charlotte at a young age, and despite how much I like Charlotte, I've always had a fascination with my hometown.

Kenny Wallace is a married man.

He is married to Kim Wallace from 23rd June 1984 till present. Together, they have three daughters, Brittany Wallace, Brandy Wallace, and Brooke Wallace.

Kenny and Kim became grandparents on 19th May 2016.

Who is Kenny Wallace?

Kenny Wallace is an American race driver. Kenny is a former reporter for FOX NASCAR.

Kenny won the 1989 NASCAR Busch Series and Rookie of the Year honor.

Kenny Wallace was born on 23rd August 1963 in St. Louis, Missouri, USA. He is the son of Russell Wallace Sr. and Judy Wallace.

The nickname of Kenny is Herman, which he gained when  Lake Hill Speedway promoter Bob Mueller made note of Wallace’s boisterous behavior when taking up for his father.

It reminded him of the mischievous cartoon character, Herman the German.

Kenny began his racing career by working as a mechanic on his father’s race cars and brother’s team. In the year 1982, he entered his first race, the Illinois Street Stock State Championship and won the event.

After that, in 1986, he entered the American Speed Association. He got a seat for the first-ever NASCAR start in September 1988 and finished eleventh in the Busch Series race at Martinsville Speedway.

In the year 1993, he moved up to the Winston Cup Series as a full-time race car driver in the No. 40 Dirt Devil Pontiac Grand Prix.

In the year 2001, he signed with the unsponsored Eel River Racing team and was hired to drive the No. 48 Goulds Pumps.

In the year 2004, he drove in the Cup Series five times for Michael Waltrip Racing. Similarly, in January 2012, RAB Racing announced that he would be attempting to qualify for the 2012 Daytona 500.

He retired from NASCAR after a 2015 Xfinity Series race at Iowa. After retiring from NASCAR, he still continues to race on dirt tracks in his UMPDirtCar modifies(35).

The estimated net worth of Kenny is $9 million US. As a race driver, he earns an average salary of $44,542 US.

He has light hair and dark eyes.

You may also read the age, parents, career, net worth, body measurements and social media of Mathias Lauda, Daniel Suárez, and Ty Dillon