Kenya Barris is married to Dr. Rainbow Edwards-Barris. His wife is an anesthesiologist by profession. They happen to be the high school lover who ended marrying each other.

The couple has been married together for around 20 years. The wedding took place on the 3rd of December 1999. Together they have six children including three sons; Beau, Kass, and Brooklyn and three daughters; Kaleigh, Leyah, and Lola.

Back in 2019, his relationship with his wife was going through a very rough phase. Hence, he filed for the divorce on the 9th of August 2019 with the demand for joint custody of his six children.

Despite filing for divorce, he decided not to get a divorce with his wife. Hence, on the 15th of May 2020, he requested to withdraw the divorce that he filed. As of now, he is waiting for the petition to be canceled by the court. 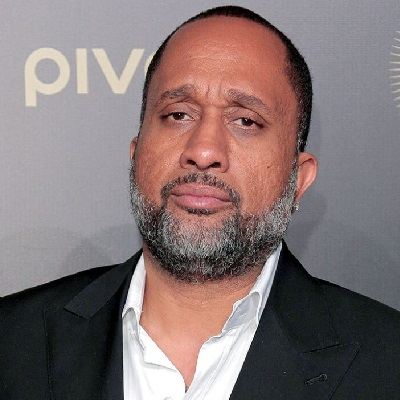 You can have good times with anyone, but it's really different and much more interesting when you look at how you get through the bad times with someone

'Black-ish' is a show that has spoken to all different types of people and brought them closer as a community, and I'm so proud of the series.

Who is Kenya Barris?

Kenya Barris is a 2X Image Awards-winning producer and screenwriter. He is renowned as the writer of the TV series, Black-ish, and Grown-ish.

Currently, his two movies; Coming 2 America and The Witches are being post-produced. Also, he has made an announcement about his next movie, Uptown Saturday Night.

Kenya Barris was born on the 9th of August 1974 in Inglewood, California. He is of British ethnicity.

When he was five years, his parents got separated from each other via divorce. Also, he describes marriage as an abusive marriage. After that, he was raised by his single mother, Tina Barris along with his three siblings.

During his childhood, he along with his mother and siblings went through a rough phase of their life. That includes homes burnt by fire and so on. Also, he lost his little brother to leukemia.

Talking about his educational background, he graduated from Clark Atlanta University. Prior to that, he completed his High School education at Daniel Murphy High School.

In 1997, Kenya Barris started his career as a screenwriter for the series, The Keenen Ivory Wayans Show. The following year, he contributed his script to the series, BET Live.

After that, he wrote for TV series like Listen Up, Girlfriends, and Soul Food. In 2006, his career took a major turn with the series, The Game. Through the series, he expanded his career as a producer too.

Later, he was associated with the Movies like Unit Zero, We Got Movie, and Barbershop: A Fresh Cut as a producer.

In 2014, he wrote for the series, Black-ish. Also, he was an executive producer of the show too. Through the series, he reached a peak in his career.

Later, he also wrote and produced the spin-offs of the series like Mixed-ish and Grown-ish. All the series were inspired by the true events that he had seen or experienced which is one major beauty of the series.

As of 2022, he has an estimated net worth of $75 million. As a screenwriter, his earnings are in the range of $21k to $248k. Besides that, he also makes through his career as a producer.

The producer has been in the headlines for personal reasons. On his birthday, 9th of August 2019, he made an announcement that he has filed for a divorce along with his wife, Dr. Rania filed for divorce. However, on the 15th of May 2020, he requested the dismissal of his divorce.

Also, there are rumors that he was in a relationship with the actress, Tracee Ellis Ross. In the matter, both of them have not made any official statements.

Kenya Barris has black eyes with black hair. He stands at a height of 6 feet 3 inches and has an average weight.