Keo Motsepe is ABC's Dancing with Stars Pro. He hails from South Africa. Keo is currently single, despite being tall, dark and handsome. 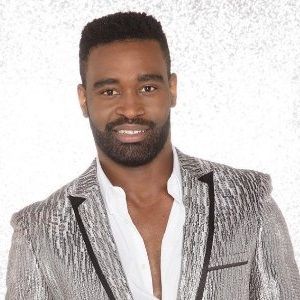 I take business offers, I model, I make good breakfast and I am single

Growing up and dancing with you gave me some of my fondest memories of home and happiest moments in dance. You have always been one of the most dedicated, hardest working people I’ve known so it comes at no surprise to me that you continue to achieve greatness.

Keo Motsepe is single at the moment

His childhood friend and dance partner is Oti Mabuse.

In 2017, there were rumors about his affair with Emma Slater, an English professional dancer. Furthermore, some of his photos on social media support his dating with Emma.

But so far, none of them seems to be open about their relationship.

Keo has always been private regarding his personal life and has never been open to the media. So we can only wait and see if he decided to reveal his affairs and relationships with us.

Who is Keo Motsepe?

Keo Motsepe is a South African Dancer. He is widely famous as the first black professional dancer on ABC’s Dancing With the Stars.

Keoikantse Motsepe was born on November 4, 1989, in Pretoria, South Africa to Tswana ancestry.

His mother was professionally a doctor and his father was a business person. He is very close to his mother and in May 2016, he invited her to his show, DWTS.

He spent most of his childhood in his hometown with his two older sisters.

Keo always wanted was to become a professional dancer, so he didn’t spend much of his childhood enjoying and playing.

So, his determination soon made him represent his country in international competitions.

So far, there are not any concrete details regarding his academic qualifications. However, his parents enrolled him in a dance school during his childhood.

But did not continue his academic study for a long time since he was actively participating in various national and international competitions.

Performing as a professional dancer with various celebrities in Dancing With the Stars has made Keo Motsepe widely famous. However, Keo has worked hard since his childhood to achieve this success.

To practice dance, he used to stay at his partner’s place after he moved away from his home.

His great determination made him the representative of South Africa in international ballroom dance competitions when he was 11 years old. In addition, he represented his country for many years and won his first title at the age of 14.

Furthermore, he went on to win several other championships including the South Africa Latin Dance championship.

In 2012, Keo joined Burn the Floor and its world tour. He was the first South African dancer to join the show. This made him very well known among the international media and public.

Among his major success, dancing as a professional dancing partner with several celebrities in Dancing With the Stars falls on that list.

He has partnered with celebrities including Lolo Jones, Charlotte McKinney, Chaka Khan, Jodie Sweetin, Charo, and Barbara Corcoran. Thus it can be said that has had a successful career so far.

Keo has been able to win many dancing competitions such as the South Africa Latin Dance Championship. But he has not received any awards for his professional work as of now.

As of now, many of us are not familiar with Keo’s salary. However, his net worth is around $300 thousand.

Recently in 2017, Barbara Corcoran placed her hand on Keo’s private parts. This became one of the controversial topics on the media and the internet. However, Barbara never had such bad intentions as she said that the event was accidental.

Also, there are some rumors about his affair with Emma Slater, an English professional dancer. But he hasn’t personally admitted those suggestions.

Keo Motsepe is 6 feet 3 inches tall with black hair and black eyes. Furthermore, his chest, arms, and waist measurements are 44, 15, and 34 inches respectively. And, he weighs about 86Kg.