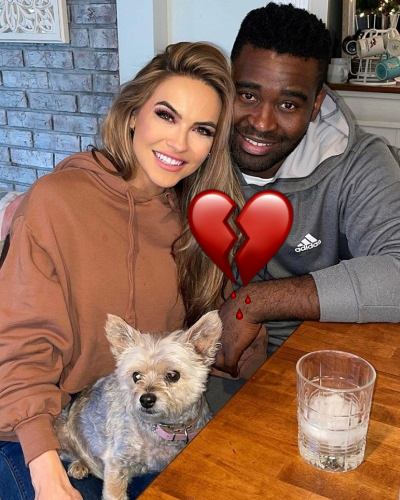 Keo Motsepe and Chrishell Stause‘s relationship have come to an end on bad terms!!!

Keo and Chrishell broke up less than three months of making their relationship public. Chrishell also made some accusations about Keo. She slammed him on her Instagram story and sharing several headlines about their split. Chrishell revealed,

“Ok I TRULY wanted to keep this drama free, but playing the victim and bringing your mom into it is a step too far for me. Taking the high road is overrated sometimes!! I was also 100% in it as well, until revelations told [to] me recently have made me question if you could even order a coffee without lying.”]

Keo had to deal with both breakup and his mother’s death in January which was pretty hard for him. It is said that Keo was caught in a web of lies. One of the sources said,

“He’s not denying the fact that he lied to her and is truly ashamed about something he did, which I’m sure Chrishell will share soon. He genuinely loved her but made a big mistake. I don’t see them getting back together.”

Also read Curious about The first black professional dancer to join the DWTS cast, Keo Motsepe?? Know more on him and his net worth!

Keo Motsepe is a South African Dancer. He is widely famous as the first black professional dancer on ABC’s Dancing With the Stars. Read more bio…