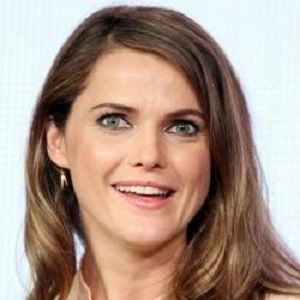 Yeah, I like being on my own. I do. I tend to be a loner, so I'm okay. I'm not okay when I have to be around everyone all the time

Sometimes, it's the smallest decisions that can change your life forever

People expect all women to react the same to pregnancy. But anyone who's been around pregnant women knows that it's not all cutesy and sweet. You spaz out and you're angry and you have tantrums.

Who is Keri Russell?

Keri Russell is an American actress and dancer, she also starred as KGB agent Elizabeth Jennings on the FX spy thriller series The Americans (2013–2018).

In 2017, she also received a star on the Hollywood Walk of Fame.

Keri was born in Fountain Valley, California, the United States on March 23, 1976, to parents David Russell and Stephanie Stephens. As of 2021, she is 45 years old. She has two siblings namely, Todd Russell and Julie Russell.

On talking about her profession, she made her television debut at the age of 15, when she joined Disney Channel’s ‘All-New Mickey Mouse Club’ as its cast member.

In 1992, she also appeared in the comedy science fiction flick ‘Honey, I Blew Up the Kid’. Whereas, she subsequently had roles in various TV programs and movies including the soap opera series ‘Malibu Shores’.

During  1994, she also starred alongside Jack Noseworthy, Jason Wiles, and Carla Gugino in Bon Jovi’s music video for “Always”. Similarly, she next made an appearance in two episodes of ‘Roar’.

Likewise, from 1998 to 2002, the actress played the title character on the series ‘Felicity.’ During this time, she also did several films, including ‘Eight Days a Week,’ ‘Mad About Mambo,’ ‘The Curve’ and ‘We Were Soldiers.’

In fact, in following the conclusion of the show ‘Felicity,’ she went on to make her off-Broadway debut by appearing in Neil LaBute’s ‘Fat Pig’ in 2004. Then in 2005, she also acted in the TV film ‘The Magic of Ordinary Days,’ the TV miniseries ‘Into the West’ and the theatrical ‘The Upside of Anger’.

Moreover, she appears ed in the comedy flick ‘Bedtime Stories’ in 2008. Therefore, from 2010 to 2011, she also appeared in the series ‘Running Wilde’.

Likewise, in 2013, the actress began playing a deep-undercover KGB spy in the FX series ‘The Americans’. In 2014, she also starred in the movie ‘Dawn of the Planet of the Apes’ alongside actors Gary Oldman and Andy Serkis.

On talking about her lifetime achievements and awards, she won the Golden Globe Award for Best Performance by an Actress in a Television Series – Drama for Felicity (1998).

Similarly, she won OFTA Television Award for Best Actress in a Drama Series for The Americans (2013).

Keri Russell: Salary and Net Worth

There is no information about her salary. Her net worth is around $ 12 million.

On talking about her body measurements, Keri has a height of 5 feet 4 inches. Additionally, she weighs is 52Kg. In addition, she has a measurement of 33-25-34 inches respectively.

Keri’s hair color is dark brown and her eye color is green. Furthermore, her dress size is 4 (US) and her shoe size is 6 (US)