Kerith Burke is a happily married woman. Her husband’s name is David Burke. David likes to keep his professional life quite low profile. 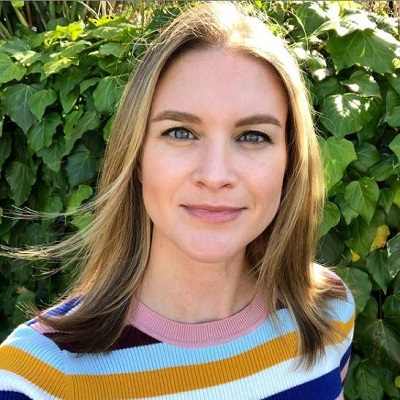 Who is Kerith Burke?

Currently, she is associated with the mass media company, NBCUniversal Media.

Kerith Burke was born on 23rd February 1983 in Seattle, Washington, United States. She is of Irish ethnicity.

To date, she has not shared any details on her family background including her father, mother, and siblings. However, she comes from a family of US armies. Also, she happens to be the third child of her parents.

Moving to her academics, completed her bachelor’s degree from Washington State University with Honors in Broadcasting and Communication. During her university days, she was active in societies like The Daily Evergreen, KZUU, and so on.

– In January 2005, she started her professional career with KEPR CBS 19 as a reporter and photographer. At the time, she also worked as the writer, editor, and web publisher of the company.

– In March 2007, she joined KTVB Newschannel 7 as a weekend sports anchor. In the firm, she worked for one year.

– The following year, she became the reporter and photographer of the ABC11 Eyewitness News where she used to cover football, baseball, and basketball within Duke, North Carolin, and N.C. State.

– Following that, she worked for the SportsNet New York, NBCUniversal Media, and Pac-12 Network as reporters.

– In October 2017, NBC Sports hired her as the Golden State Warriors Courtside Reporter. For the network, she takes the interviews of Basketball Players. Also, she responsible for the weekly podcast of the network.

She has blue eyes with blonde hair. She stands at a height of 5 feet and 9 inches and weighs around 59 kgs.

You may also read the bio, age, family, career, net worth, salary, and social media of Rachel Bush, Starla Baskett, and Kairi Cosentino.