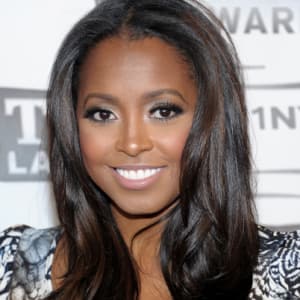 What people forget is that I'm an actress. That's the wonderful thing about what I do. I get to play different roles.

No matter what your hair looks like once it's wet, it's about embracing it and loving yourself for you and all that that entails.

Keshia Knight Pulliam is currently single. Previously, she was married to Ed Hartwell on January 1, 2016. Ed is a retired football linebacker. The couple got engaged on New Year’s Eve, 2015. However, the marriage could not last long for more than 6 months. Hartwell filed for divorce on July 25, 2016, and it was finalized in April 2018.

She welcomed a daughter, Ella Grace on January 23, 2017, and claimed Ed as the biological father. But, Ed reportedly questioned the paternity of the unborn baby and Pullam has denied the claim and has been agreeable to take the paternity test which ultimately proved him to be the father.

Who is Keshia Knight Pulliam?

Keshia Knight Pulliam is an American actress and producer and she is best known for her childhood role as Rudy Huxtable on the sitcom ‘The Cosby Show’ from 1984 to 1992. She is also well recognized for her performances in ‘House of Payne’ in 2006 and ‘Medea Goes to Jail’ in 2009.

Keshia holds American citizenship but her ethnicity is unknown.

Talking about Pulliam’s education, she attended Potomac School, Foxcroft School, and Rutgers Preparatory School and she graduated from Spelman College on May 20, 2001, with a degree in sociology. Also, she is a member of Delta Sigma Theta Sorority, Inc. Was initiated at Spelman College

Keshia Knight Pulliam appeared as Keshia on ‘Sesame Street’ at the age of three and debuted her feature film from ‘The Last Dragon’ in 1985. She won a celebrity version of ‘The Weakest link’, ‘Fear Factor’, and also participated in ‘Celebrity Mole 2: Yucatan’. She became the youngest actress to win an Emmy nomination in 1986.

Pulliam also made her appearance in the music video ‘One Call Away’ in 2004. After a year, she portrayed the role of Darnelle in ‘Beauty Shop’ and joined as Miranda in ‘House of Payne’ in 2008. She also launched her own production company, PullPenn in 2008.

Recently, she appeared as herself in ‘Celebrity Big Brother’ and as Tori in the lifetime movie ‘Jingle Belle’ in 2018.

She won Image Award in the category Outstanding Supporting Actress in a  Comedy Series for ‘House of Payne’ in 2012, 2010, and in 2009 and nominated for the title in 2011. Also, she won Impact Award for ‘The Cosby Show’ in 2011, won Young Artist Award in the category Best Young Actor/Actress Ensemble in a Television Comedy, Drama Series or Special for ‘The Cosby Show’ in 1989 and also won and nominated several times in her career.

She has an estimated net worth of around $12 million and she has earned that sum of money from her professional career.

The 40 years old talented actress has maintained her celebrity status and has not been involved in any types of rumors and controversies in her career.

Keshia Knight Pulliam has an average body build with a height of 5 ft. 0 inches and she weighs 64 kg. Keshia has dark brown eyes and black hair. Her sexuality is straight. Keshia’s shoe size is 8(US) and her dress size is 8(US). Her body measurement is 34-24-34 inches.

Keshia Knight Pulliam and Brad James are officially engaged! Know about their relationship and net worth of Keshia