Kether Donohue is a famous American actress and singer who is best known for her role as Lindsay on ‘You’re the Worst’. She is currently single.

Kether Donohue is currently single. Previously, she was in a relationship with some unknown guy but she has not revealed his identity yet. She posted a funny tweet about the person’s addiction to stalking their ex-boyfriend’s girlfriend.

Also, she posted a tweet expressing her sadness about losing the relationship. Currently, she is living her single life as of now. 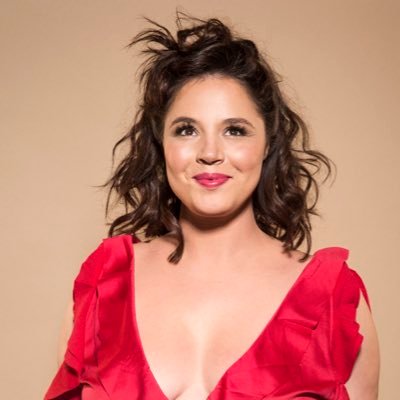 I was sad because I had lost some relationships. He dramatically looked at me, and said, 'At one point in your life, everyone will break your heart: your mother, your sister, your brother.' It wasn't negative. It was like an understanding of life. That's how it goes

I'm very into Zodiac signs, so when I meet a fellow Scorpio, I always get really excited.

I love playing a character that eats on television. It's so fun.

I'm short, and I'm curvy, and so shopping is hard for me sometimes

I love my mother so much. She was such a great mother to me, and one of my dreams in life has been to pass on that gift. I always felt like innately, I am meant to be a mom. My hips are certainly meant to bear children -- it would be a waste of curvy hips for me not to bear a child.

Who is Kether Donohue?

She was born on October 31, 1985, in Manhattan, New York, the USA. Kether is currently 37 years old. She has not disclosed her parent’s names, siblings, and childhood. She has a brother John Fernandez and her father expired in 2018.

Her first name was derived from an angel name book and means Crown in Hebrew. Kether holds American citizenship but her ethnicity is unknown.

She attended Anthony Meindl Acting Center and then graduated in Communication and Media Studies as a Major with a Concentration in Film from Fordham University in 2008.

She gave the voice of Kiki Benjamin on ‘Mew Mew Power’, Zoe and Chomp on ‘Dinosaur King’, and also in ‘Sunny Day’, ‘Pokemon: Diamond and Pearl’, etc.

Kether Donohue made her big screen debut from the Taylor Mac’s ‘Okay’ in 2008 at Ensemble Studio Theatre. After that, she appeared in ‘Blue Before Morning’ at DR2 Theatre. Her other notable series include in ‘Hope & Faith’, ‘Royal Pains’, ‘The Mindy Project’, etc. Also, she appeared as Lindsay Jillian in the TV series ‘You’re the Worst’.

Furthermore, she appeared in movies like ‘Over the GW’ in 2007, ‘New York Lately’ in 2009, ‘Boy Wonder’ in 2010, ‘The Bay’ in 2012, and many more. Also, her voice can be heard on several Nickelodeon, FoxKids, and DVD animations as well as radio and television commercials. Also, she was featured in national spots for AT&T, Macy’s, Comcast, and others.

She was nominated for Critic’s Choice TV Award in the category Best Supporting Actress in a Comedy Series for ‘You’re the Worst’ in 2016.

She has an estimated net worth of around $20 million as of 2022, and she has earned that sum of money from her professional career. Also, she earns around $60k as a salary from her career.

She has not been involved in any rumors and controversies in her career till date.

Single Matt McGorry is straight or is he gay? What does this charmer want?