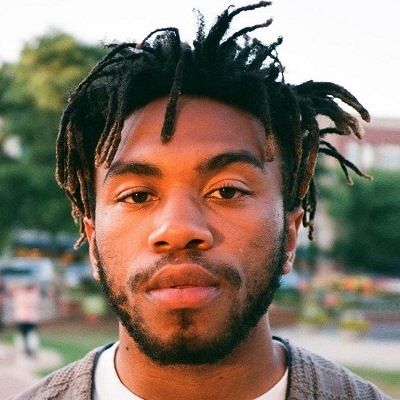 I think the most important part of the teenage years is wondering.

In order to make a change, I have to exist in a traditionally homophobic space such as hip-hop. If I were to just be this queer rapper who only spoke to queer kids... I don't think I could as effectively make a change for another young, black, queer kid growing up in Texas.

I just always wanted to be part of something where I felt like I belonged.

Kevin Abstract has been in a relationship with the Instagram star Jaden Walker since 2017. Kevin does not shy away from posting their pictures on Instagram.

Who is Kevin Abstract?

Kevin Abstract is an American rapper and singer-songwriter, and director,  who rose to fame with his debut album titled, MTV 1987 as Kevin Abstract. He is is a founding member of Brockhampton. Kevin is recognized as one of the founding architects behind the rap group.

He released his second album in 2016 titled American Boyfriend. Before that, Kevin was a member of the band Brockhampton.

He was born Clifford Ian Simpson on  July 16, 1996, in Corpus Christi, Texas, the United States. He is a Cancerian. Kevin had a very rough childhood and never really met his father and ran away from home at the age of 15. He has a sister, but her name is unknown. Kevin attended The Woodlands High School.

Kevin has black hair and dark brown hair, he has a height of 5 feet 4 inches. He weighs is 68Kg.

Kevin said his influences for MTV1987 were Frank Ocean, Justin Timberlake, and Kid Cudi. Abstract has described Kanye West, Pink Floyd, Radiohead, Childish Gambino, and Tyler, the Creator as influences on his music, with Tyler’s group, Odd Future, being a large point of reference and inspiration for Brockhampton.

Kevin’s Album: Death of a Supermodel

Abstract informed fans via his Twitter page that his second record was to be titled Death of a Supermodel and that it would be released later in the year January 15, 2015. However, this album was later discarded. Abstract has announced that he is now working on a different album, They Shoot Horses, a part of the Death of a Supermodel trilogy. Abstract released a video for “Save”, directed by Ian Gilner, Henock Sileshi, & Franklin Mendez on June 23.

Kevin joined the alternative band The Neighbourhood on a week-long tour through England, opening up shows in Portsmouth, Birmingham, Manchester, and London in March 2016. Currently, he is a longtime manager & business partner Anish Ochani and Christian & Kelly Clancy of 4 Strikes.

He has an estimated net worth of around $1.5 million and his earning sources are rapping and singer-songwriter

Abstract came out as gay. His music documents his life and his struggles through his sexuality. He wants to inspire his fans who are still in need of a voice.