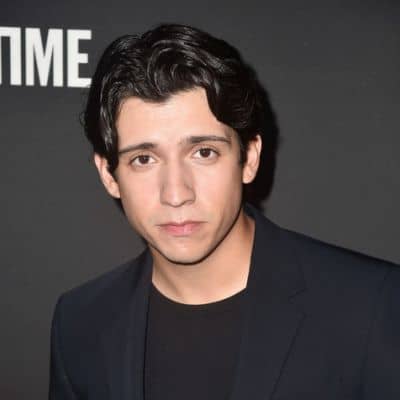 Now, Kevin Alves is single and not dating anyone. He is focusing on his career and is out of any dating relationship. Moreover, it seems like he is waiting for the love of his life.

Previously he was in a relationship with famous Canadian Actress Julia Tomasone, they were in a serious relationship. They broke up because they faced many complications in their relationship and decided to apart their ways.

Who is Kevin Alves?

Kevin Alves is an actor, Figure skater, and  Model. He is recently famous for playing the role of Teen Travis in the Famous Tv series Yellowjackets(2021- 2022). Along with that, he is a famous ISU championship skater.

Kevin Alves was born on October 19, 1991, in Toronto, Ontario Canada, and his hometown is Newmarket, Ontario, Canada. Kevin’s Zodiac sign is Libra.

His real name is Kevin Bettencourt Alves. Kevin Alves’s mother is from Brazil and his Father is From Portugal. Further, his Nationality is Brazilian-Canada.

Talking about his Educational background Kevin Alves started his schooling life at a private school in Toronto, Canada but he has not revealed his high education level background.

Kevin Alves was very fond of skating. While he was a young skater Alves completed up through the junior level in the Canadian Domestic Competition structure.

Moreover, he wants to compete in Brazil, his mother’s country of origin. In 2007 he switched to Brazil. Alves competed in the Four Continents Championships which was held in Goyang, South Korea in 2008

Additionally, he made his debut in the ISU Junior Grand Prix. In the 2009 Four Continents Championships, he placed 16th. As well he is the first men’s skater from Brazil to compete at the senior world level. Moreover, his coach is Robert Burk and Vesna Markovich.

Kevin started his modeling career at the age of 12. Moreover, at the age of 19, he began acting at Armstong Acting Studios. He has acted in many shows including Warehouse 13 and What’s Up Warthogs.

In 2017 he played in Newly Arrived series Werewolf Bat in the second season of Shadowhunters, Yellowjacket one of the famous tv series playing the role of Teen Travis.

Kevins Alves is staying far away from Rumors and scandals he is an introverted person who doesn’t want to involve in such things which create rumors among a group of people.

Kevin Alves is a hot and handsome guy who stands at the height of 5 feet 10 inches. Additionally, his weight is 75kg. He has black hair as well as he has Black pairs of eyes

Kevin Alves’s net worth is estimated at $5milion- $10 million. Including his income cars lifestyle and personal assets. Moreover, his annual income is not revealed yet.