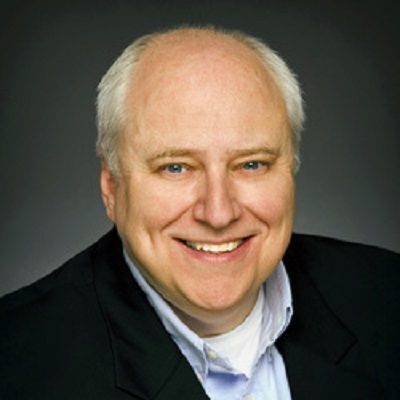 There is no information about him dating. The producer loves to keep his personal relationship a mystery in the world.

However, he is passionate about making documentaries. Besides that, he is a die-hard fan of The Munsters and owns the largest collection.

Who is Kevin Burns?

American Kevin Burns is a Daytime Emmy winning producer and writer. He is renowned as the producer of Biography.

He is a co-founder of the Foxstar Productions. Last, in 2014, he directed the TV series, The Curse of Oak Island.

Currently, the producer is busy filming the horror TV series, The Secret of Skinwalker Ranch.

The storyline of the series is based on the experts and scientists who are researching the paranormal activities and the native legend of the shapeshifter.

He was born on the 18th of June 1955 in Schenectady, New York, US. He is of Scottish-British ancestry.

Till the date, he has not revealed any information regarding his father, mother, and siblings.

Three years later, he earned his master’s degree from Boston University’s college of communication. During his University days, he was awarded the Student Academy Award for the documentary, I Remember Barbra.

– During his master’s, he started his career as a film producer. His very first documentary based movie, I Remember Barbra proofed his skill as a producer and director.

– Following the short documentary, he explored the TV series documentary with the series, Biography. The series was highly appreciated in many festivals with awards and nominations. Also, he started making TV documentaries.

– From the date till now, he is associated with more than 100 documentaries as a producer and around 36 as a director. Some of his documentary along with the year is-

– In 1993, he co-founded the Foxstar Productions along with Steve Bell. One year later, he served the company as the vice president.

– Many of his documentaries like Biography, Alien Nation, and Behind the Planet of the Apes are produced under this production house. Those documentaries were telecast in the TV channels like National Geography, Animal Planet, and Bravo.

– In 1999, the production house merged with Fox Television Studios.

Through his career more than 4 years as a producer, he has made the hasty net worth of $4 million.

Till the date, this producer and writer has not been a part of any controversy that creates a buzz in the media.

Kevin Burns has blue eyes with light hair. He has an average height and weight.