Known as one of the professional dancers on the BBC TV series 'Strictly Come Dancing'. 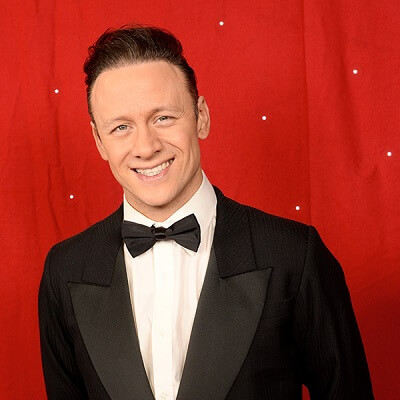 I’ve always enjoyed singing, but I didn’t do it as a kid. I didn’t go to stage school or anything, everything was always about the dancing. I always felt like I could sing a bit. Like you can tell when someone’s out of tune, and I was like, ‘I’m not out of tune. I just need to learn to do it properly, with technique.’

It should be easy, like, that’s my comfort zone.

What I do now is just acknowledge the fact I’m nervous and try not to fight it or resist it.

Kevin Clifton is currently in a relationship with Stacey Dooley. The couple met in 2018 in Strictly Come Dancing. Dooley was in a long-term relationship with Sam Tucknott at that time and Kevin was the cause of the split according to Sam.

Currently, the couple is loving together in Brighton together according to some sources. The couple is planning to have a baby according to rumors. Dooley spoke in this matter saying that Kevin would be an incredible father.

Previously, he has been married thrice. When he was just 20 years of age, he married his dance partner. He has not confirmed who his first wife is but according to some notable sources, her name is Anna Melnikova. In 2007, he married Clare Craze. However, this marriage also did not work out and they divorced in 2013.

While working with ‘Burn The Floor Dance Company’ in New York as the principal dancer, he met Karen Hauer. In 2013, he proposed her on stage in London and the couple got married in 2015. However, their work schedules made them split three years later in 2018.

Who is Kevin Clifton?

Kevin Clifton was born on 13 October 1982, in Waltham, Grimsby, Lincolnshire, England. As of 2020, his age is 37. He was born to parents, Keith(father) and Judy Clifton(mother).

Both of her parents are former ‘British American Latin’ champions in dancing. Also, he has a sister named Joanne who is also an award-winning professional dancer.

During his childhood days, he was taught by his parents to dance. He used to dance with his sister as her partner and competed regularly. He was named the Youth number 1 and also won International Open Titles in many countries.

Talking about his education, he attended East Ravendale Primary School. Following that, he joined Caistor Grammar School and graduated from there.

Clifton’s parents trained him to dance from an early age. He was the Youth No 1 dancer in the world and won the British Latin Championship four times. After retiring in 2007 as a professional dancer, he got even more fame.

He made his musical theatre debut in Dirty Dancing The Musical in 2010. He and Karen Hauer were the main dancers of Burn The Floor dance company from 2008 to 2013.

After being rejected twice, in 2015, he finally participated in the 13th edition of ‘Strictly Come Dancing’ with actress, Kellie Bright. Since then, he has been in ever-present on the show and is one of the fan-favorites.

In 2018, he finally won the 16th season of ‘Strictly Come Dancing’ with the filmmaker, Stacey Dooley.

In 2019, he participated with the TV presenter, Anneka Rice. However, this time he was eliminated early.

Clifton runs the ‘Clifton Dance Academy Online’ with his sister. Similarly, he also has a property investment business with a friend of his.

Kevin Clifton has an estimated net worth of around $1 million. He earns around $65,000 a year from ‘Strictly Come Dancing’.

In 2018, Clifton was involved in some controversy. During the taping of ‘Strictly Come Dancing’, his celebrity dance partner, Stacey Dooley went through a break-up with her long-term boyfriend, Sam Tucknott.

Dooley was in a long-term relationship with Tucknott. But, Tucknott said he saw flirtatious text messages from Kevin on Dooley’s phone which caused the break-up.

Even though Stacey denied the allegations, she is now in a relationship with Clifton and the couple are now living together. There are no rumors about the English dancer.

Clifton has a height of around 5 feet 5 inches and weighs around 62 kg. He has brown hair and brown eyes.

You may also like to read the Bio, Career, Net Worth, Body Measurements, Relationships, and more about Marius Iepure, Anna McNulty, Sissy Sheridan, and more.