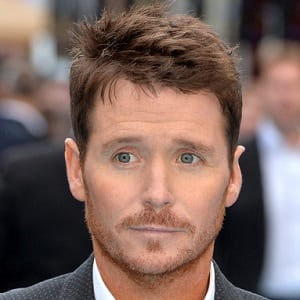 My agent hates my directing career!

What is the relationship of Kevin Connolly?

Next, he was in a relationship with American actress Haylie Duff from November 2006 to January 2007.

Additionally, he has also dated American actress Hayden Panettiere in 2009.

In 2012, he had a fling with American actress Arielle Kebbel.

From February 2013 to April 2014, Connolly was in a relationship with American model Lydia Hearst.

More recently, he dated American actress Sabina Gadecki from 2014 to 4th October 2016. At present, he is dating actress Francesca Dutton.

Who is Kevin Connolly?

Kevin Connolly is an American actor and director. People mostly recognize him for his role as Eric Murphy in the HBO series ‘Entourage’. Additionally, he directed the 2018 feature film ‘Gotti’.

Connolly was born in Patchogue, New York on March 5, 1974, to parents John Connolly and Eileen J. McMahon. He became interested in the world of acting from an early age and hence appeared in television commercials as a child.

He is of American nationality. Furthermore, he belongs to a mixed ethnic background of Scottish and Irish.

Talking about his education, Connolly graduated from Patchogue-Medford High School in 1992.

Connolly initially landed his first film role, as Chickie in ‘Rocky V.’. Additionally, in 1992, he played Shaun Kelly in ‘Alan & Naomi’. He appeared as Larry O’Donnell in the TV series ‘Great Scott!’.

In 1993, he had roles in ‘The Beverly Hillbillies’ and ‘Wings’. In addition, he also played Robert Sanderson in the TV series ‘CBS Schoolbreak Special’. He also appeared in ‘Getting By’ and ‘ER’. Since then, he has appeared in numerous other movies and television series. All in all, he has over 25 credits as an actor.

Some other movies and television series that Connolly has appeared in are ‘Pitch’, ‘Fantasy Life’, ‘Entourage’, ‘Barely Famous’, ‘Saigon Broadcasting Television Network’, ‘Reach Me’, ‘Friends with Better Lives, ‘Hotel Noir’, ‘Cubed’, ‘Secretariat’, ‘Robot Chicken’, ‘The Notebook’, ‘Devious Beings’, ‘Antwone Fisher’, ‘First Years’, ‘Don’s Plum’, ‘Unhappily Ever After’, ‘ABC Afterschool Specials’, ‘CBS Schoolbreak Special’, and ‘Angus’ among others. Additionally, he also has 8 credits as a director and 5 credits as a producer.

Connolly garnered a Golden Globe nomination in 2009 for his performance in ‘Entourage’. In addition, he has also garnered the Satellite Award and Screen Actors Guild Award nomination. All in all, he has 9 nominations to his name to date.

Connolly has not revealed his current salary. However, he has an estimated net worth of around $ 15 million as of 2022.

Connolly became part of controversy due to his online meltdown in 2013. Additionally, the movie that he directed, ‘Gotti’ received bad reviews from many. At present, there are no rumors concerning Connolly and his career.

Talking about his body measurement, Connolly has a height of 5 feet 5 inches (1.65 m). Additionally, he weighs around 60 kg. Furthermore, his hair color is dark brown and his eye color is blue.