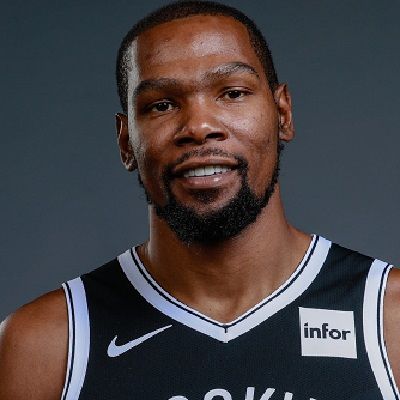 I'm a basketball player. That's what I do and what I love but that's just not all who I am. I'm talented in a lot of different areas

I just loved being in the gym. It was tough at times. Sometimes I wanted to quit, but I'm glad I stuck with it.

Reflecting on the personal life of Kevin Durant, he is in a relationship with Jasmine Shine. The couple started dating since September 2014 and still living in a happy relationship.

Previously, he was also in a relationship with Letoya Luckett in 2011 but their relationship couldn’t last long and got separated in 2012.

Then he was in a relationship with Monica Wright but they also got separated in 2014 after being engaged.  He also had an encounter with Joie Chavis in the year of 2014.

Who is Kevin Durant?

Tall and handsome Kevin Durant is a well-known American professional basketball player who has been playing basketball since his high school. He is best known as a player from Golden State Warriors wearing jersey number 35.

Kevin along with the other three Brooklyn Nets players were infected with COVID-19. But as per now, all of them are tested negative.

Kevin Durant was born in Washington, D.C. on 29 September 1988. He is of All-American ethnicity and has an American nationality.

He is the son of Wanda Durant(mother) and Wayne Pratt(father). His birth name is Kevin Wayne Durant. After his parents’ divorce, his grandmother helped to raise him. He has one sister, Brianna, and two brothers, Tony and Rayvonne.

For his education, he joined National Christian Academy in Maryland and Oak Hill Academy in Virginia. He got transferred to Montrose Christian School for his senior year and attended the University of Texas.

Talking about the career journey of Kevin Durant, he started playing basketball professionally after being selected by Seattle SuperSonics in the 2007 NBA draft.  He is active in the sports field since 2007 and he is still playing. He was named the NBA Rookie of the year for his outstanding performance in the games.

The team got relocated to Oklahoma City and became Thunder. He was selected to his first NBA All-Star Game during the 2009-10 season. He signed a five-year contract extension with Thunder worth around $86 million. Durant surpassed Michael Jordan’s record for consecutive games scoring 25 points or more at 41 in April during the 2013-14 season.

Later, he missed most of his matches due to fractures in his right foot. On 7 July 2016, he signed a two-year contract with Golden State Warriors with $54.3 million and started playing from there. He is currently still playing with another team the Brooklyn Nets.

His success in career path has paid him well financially making his net worth estimated to be $170 million.

Except for his trade rumor, he hasn’t been to other rumor but he suffered a controversy when he said his bond with Russell Westbrook won’t be ever same again.


Kevin Durant has a height of 6 feet 10 inches. His body weighs 109kg. He has black hair and black eyes.

Besides these, he is also active on YouTube with over 711k subscribers.

Ashton Kutcher revealed his Daughter Affection for Son Dimitri-‘Sometimes she just hugs him so hard’!