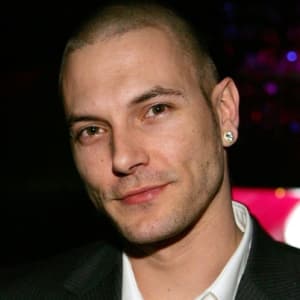 I'm happy. I don't care what other people say or think. I'm happy. I'm blessed. I'm proud of my life, and that's it. That's all that matters

Co-parenting is going great with Britney. The schedule has been worked out over time, and we talk when we need to. It's always about the boys - mostly school stuff - and we make sure we stay on top of that. It's going great.

I'll always dance for fun, but for work? I've done it, dude.

The couple together had two children named Sean Federline and Jayden James Federline. Kevin and Britney divorced in July 2007.

He was previously engaged to Shar Jackson in 2001 and the duo welcomed a daughter named Kori Madison Federline on July 31, 2002, and a son named Kaleb Michael Jackson-Federline on July 20, 2004.

But the pair separated after a short period of time. The reason for their separation is said that Kevin cheated on her for Britney Spears.

Who is Kevin Federline?

Kevin Federline was born in Fresno, California, the United States on March 21, 1978. His birth name is Kevin Earl Federline and he is currently 42 years old.

Talking about Kevin’s education history, he attended Bullard High School. Then, he attended Clovis West High School. Whereas, he dropped out of high school. But he earned a certificate in General Educational Development.

He then began dancing with a nonprofit organization called Dance Empowerment. Eventually, he served as a backup dancer for Michael Jackson, Justin Timberlake, Destiny’s Child, Pink, and LFO.

Talking about his profession, Federline initially released two singles, “Y’all Ain’t Ready” and “PopoZão,” shortly after his marriage to Spears. Instead, the first official single was “Lose Control,” which he premiered on the Teen Choice Awards show on the Fox network in late summer 2006. He released his debut album, Playing with Fire, on October 31, 2006, with the album being universally panned by critics.

The line he modeled for fall 2006 was the top-selling line in Macy’s, Kitson in Los Angeles, and Lord & Taylor. Federline appeared on WWE programming to promote his album, Playing with Fire, and participate in an angle. He first appeared on October 16, 2006, and October 23, 2006, editions of WWE Raw, in which he got into physical altercations with WWE Champion John Cena.

In the following week, he came to the ring to aid Johnny Nitro in his match against John Cena. After Cena got in Federline’s face, Federline slapped him hard.

In addition, Federline guest-starred during several episodes and was subsequently added as a regular on the television series One Tree Hill on The CW. However, he did not appear on the show again after his guest slot.

He has an estimated net worth of around $1.5 million earned from his professional career.

There was a rumor that Kevin’s ex-wife Britney Spears having a mental breakdown over her ongoing child support legal battle began to circulate with the tabloids this week.

Recently, these two are again in the limelight due to their sons.

Kevin Federline has a height of 6 feet and he weighs is 75 Kg. His hair color is brown and his eye color is hazel.

Also, read the bio of Kiari Cephus, Common, and Pras.