Entertainer-rapper Kevin Gates is married and a father of two. 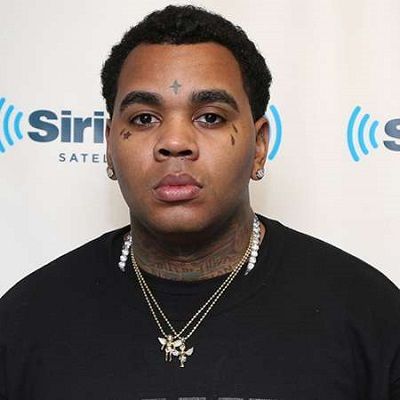 When you stand for something, you've got to stand for it all the way, not half way.

Glory be and praise to God. I didn't do any of this. God did. I don't have a recipe or a blueprint. I prayed for it, and my prayers are continuing to be answered.

True wealth is not of the pocket, but of the heart and of the mind.

Kevin Gates is a married man. He is happily married to his longtime girlfriend Dreka Gates. Dreka is also a rapper like Gates. The couple officially exchanged their vows on 17th October 2015 after dating for over a decade.

And now the couple is blessed with two children; Khaja Kamil Gates and Islah Koren Gates. They are together for years without any divorce rumors.

Who is Kevin Gates?

Kevin is one of the famous American rapper, singer and entrepreneur. He is best known for Mixtapes such as Stranger Than Fiction, By Any Means, and Luca Brasi 2. He is currently signed to Atlantic Records.

Kevin Gates was born as Kevin Jerome Gilyard on February 5, 1986, in New Orleans, Louisiana of the United States. His birth sign is Aquarius. He is of American nationality and belongs to mixed ethnicity (African-American and Puerto Rican descent).

Soon after his birth, his family moved to Baton Rouge. He had a tumultuous upbringing as he was arrested for the first time at the age of 13 for joyriding as a passenger. However, his parent’s name is unknown.

Brandon is Kevin’s younger brother. Currently, he resides in Baton Rouge, LA. The man works at Tin Roof Brewing Company as a cellarman. Like his brother, Brandon had some law issues. A year ago he was arrested for driving under influence. The man is very close to his older brother and is his biggest fan.

Kevin briefly attended Baton Rouge Community College when he was 17. While serving his prison time between 2008 and 2011, he earned a Master’s Degree in Psychology through a prison program.

Kevin Gates started his career in 2005. He signed a recording deal with a local label, Dead Game Records which was his first step to begin his career. His along with Baton Rouge’s career blossom in the mid-2000s. In 2007, he released the first mixtape, Pick of Da Litter with the label. He also released two other mixtapes.

While his career was in a growing phase, suddenly his career was paused after he was arrested in between 2008 and 2011. After he released from jail, he worked hard to rebuild his career. In 2012, he released a new mixtape, Make Ém Believe which accumulated huge fame.

He has amazing performances and that pleased the eye of Lil Wayne’s record label Young Money Entertainment. No sooner the following year, he signed a contract with the management wing of the label but never signed the contract with the label.

After releasing several mixtapes, Gates released his debut studio album, Islah in 2016 which means to make better in Arabic. The album made an impressive sales whereas also hit #2 on Billboard 200 chart. As of 2018, he released the three-song EP, Chained to the City.

According to Celebrity Net Worth, Kevin Gates has an estimated net worth of $1 million. Gates earn much from his career. He earns an impressive amount from his singles, mixtapes, and an album.

Besides, he has a collection of luxury cars like Mercedes Benz, Chevrolet and others.

He has been involved in numerous controversies over the years on several occasions.

Gates was arrested for the first time at the age of 13 is a passenger in a stolen vehicle. In 2003, he was involved in an altercation outside the movie theater.

He gained a lot of negative publicity for admitting to having sexual relations with his cousin. Gates once was caught with the footage of the video where he was found kicking woman during August 30, 2015, in the chest of the women and that was the performance he was making in Lakeland, Florida due to which the woman also made some charges on September 1, 2015. Two years later, he was convicted of charged and sentenced o 180 days in jail.

In 2017, he was again arrested and sentenced a 30-month prison term at the East online, IL correctional facility for gun charges but was released on parole in 2018.