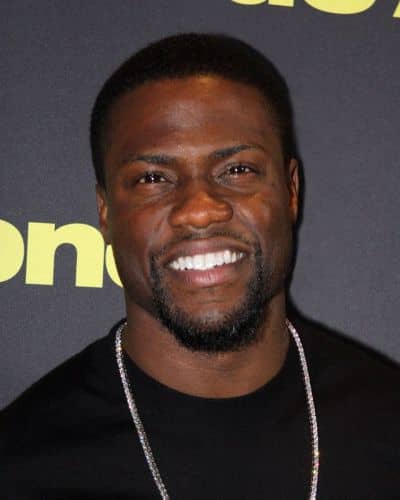 Who is Kevin Hart?

Hart is presently one of the world’s wealthiest comedians, alongside Steve Harvey, Jerry Seinfeld, and Larry David.

Kevin Hart’s Childhood, Who Are His Parents?

Kevin Darnell Hart was born on July 6, 1979, in Philadelphia, Pennsylvania. Hart spent his infancy being raised by his mother, and he has one sibling named Robert. He opted to relocate to New York City after graduating from the Community College of Philadelphia.

Hart’s comedy has been compared to that of the “Kings of Comedy.” His career began when ABC gave him his own sitcom, ‘The Big House.’ On the show, Hart played himself. The bizarre plot never caught on with viewers, and the show was terminated after six episodes.

Hart soon recovered when he released his debut stand-up album, ‘I’m a Little Grown Man,’ in 2006, which confirmed his place as one of the best young comedians. Hart’s second album, released in 2010, was even more successful.

Hart launched his ‘Laugh At My Pain’ tour in 2011, which was a watershed moment in his career. The tour was ultimately transformed into a concert documentary, and Hart rose to stardom.

‘Laugh at My Pain’ made $15 million and was shown in 90 places. The tour was one of the most successful comedy tours of the year.

Since then, Hart has had a successful career in television, hosting the MTV Awards in 2012 and landing a regular role on the ABC comedy ‘Modern Family’ the following year. Hart has also appeared in shows such as ‘Real Husbands of Hollywood’ and ‘Workaholics.’

In 2015, Hart hosted the Comedy Central Roast of Justin Bieber.

Hart has worked with a number of notable personalities over the course of his career, including Dwayne Johnson, Jack Black, Ice Cube, Nick Jonas, Tiffany Haddish, and others.

How Does Kevin Hart Spend His Money?

Kevin Hart is a car enthusiast, and for his 40th birthday, he purchased an $800,000 custom-built 1970 Plymouth Barracuda from Speedkore.

Hart gave himself a Ferrari 488 valued at around $300,000 the previous year. His prized automobiles are carefully parked in his 900+ square-foot garage, which has a 250 square-foot second-story pool house above and cost him around $170,000.

Aside from that, it’s been reported that Hart spent $1.35 million on a 26-acre tract of land in an exclusive Calabasas gated enclave. His previous Tarzana home was purchased in April 2012 for just under $2 million ($1,999,000).

Aside from cars, vacations, and mansions, he has a penchant for designer watches. He has six Rolex watches in his luxury watch collection, which totals sixteen watches.

Here are some of the best highlights of Kevin Hart’s career:

How much is Kevin Hart worth?

How old is Kevin Hart?

How tall is Kevin Hart?

Kevin Hart’s career has been so successful that he is now regarded as one of the best and funniest comedians in the world. Hart, like many other superstars, has influenced and inspired countless people. Hart is also known for his roles in the films ‘Scary Movie 3’ and ‘Little Fockers.’

Full Bio and Net Worth of Kevin Hart

Kevin Hart is an American actor, comedian, writer, and producer. He is famous for his stand-up specials I’m a Grown Little Man, Seriously Funny, and Laugh at My Pain. Readmore….

What is the Net Worth of Dwayne Johnson? Update Inside
Tags : Actor Comedian Writer