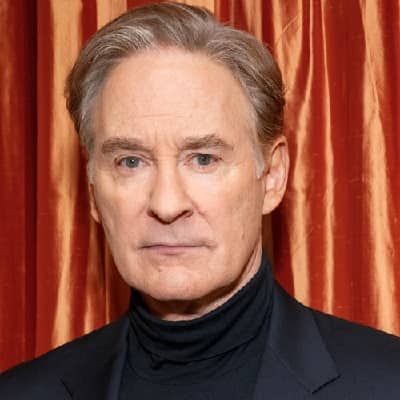 It is these children we must admire... Their honesty and bravery are models for us all. Their stories and their role here today - advocating for their cure, their own future - must be heard. - In reference to the Juvenile Diabetes Research Foundation International Children's Congress 2001.

I think every American actor wants to be a movie star. But I never wanted to do stupid movies, I wanted to do films. I vowed I would never do a commercial, or a soap opera - both of which I did as soon as I left the Acting Company and was starving.

I've never felt completely satisfied with what I've done. I tend to see things too critically. I'm trying to get over that. I've got the Jewish guilt and the Irish shame and it's a hell of a job distinguishing which is which.

I can now predict four or five moves ahead. I can see that I'm going to lose much sooner.

Kevin Kline is a married man. He is married to an actress Phoebe Cates. They met each other for the first time in 1983.

Their daughter Grete is better known by her stage name Frankie Cosmos, who is now an American musician and singer-songwriter. Owen was diagnosed with juvenile diabetes.

Kline has also appeared in the film, The Anniversary Party” along with his wife and two children. The couple resides on the Upper East Side of Manhattan in New York now.

Previously, Kevin was dating actress and television director, JoBeth Williams and Glenn Close. He had a fling with actress and singer, Patti LuPone, in 1972.

Further, he was said to be dating actress-model, Marisa Berenson, in the year 1980. In 1982, he had a short-term romance with actress and director, Sally Field. The duo also co-starred in the 1991 comedy film, Soapdish.

Who is Kevin Kline?

He is most famous for playing a variety of roles in shows and movies like Otto West in A Fish Called Wanda, Mr. Calvin Fischoeder in Bob’s Burgers, Captain Phoebus in The Hunchback of Notre Dame, and Nick Bottom in A Midsummer Night’s Dream.

Kevin was born on the 24th of October in the year 1947 in the St. Louis region of Missouri.

His parents are Margaret Agnes Kirk (father) and Robert Joseph Kline (mother). His father was an amateur opera singer who owned and operated The Record Bar, a record store in St. Louis.

Further, his father’s family also owned a department store chain, Kline’s Incorporation. Sadly, his father passed away in the year, 1996.

Kevin has an older sister, Kate Kline May, who is a writer and producer. Likely he has two younger brothers, Alexander Kline and Christopher Kline.

Kevin holds an American nationality and is of mixed (German-Jewish and Irish) ethnicity. He is fluent in French apart of English.

He finished his education from the Saint Louis Priory School in 1965. In 1997, the school name its new auditorium based in his name, Kevin Kline Theatre as an honor for him.

Then he attended Indiana University, Bloomington, and was a classmate of actor Jonathan Banks. He graduated in 1970 with a degree in Speech and Theatre.

He has also attended the Julliard School for Drama in New York City and toured with the prominent City Center Acting Company.

Kevin debuted in acting career from his film, “Sophie’s Choice” (1982) starring Meryl Streep. It also earned him nominations for a Golden Globe and a BAFTA Award. He has appeared in numerous movies in his career.

Kline appeared in the music video In the Twentieth Century. It earned him a Tony Award in 1978 for his performance.

Furthermore, he is also popular for his appearance in The Pirates of Penzance.

For his performance in the Present Laughter, he won the Best Actor award too. Kline is also the Oscar winner for his performance on A Fish Called Wanda. Kevin won a Screen Actors Guild Award for his role in the film version of “As You Like It” in 2008.

Since 2011 he’s had a recurring role in the animated Fox comedy series “Bob’s Burgers.”He has also been starred in numerous Shakespeare plays throughout his career.

In December 2004, Kline was a star on the Hollywood Walk of Fame. Similarly, he is a recipient of a star in the St, Louis Walk Of Fame.

Kline is also an activist for juvenile diabetes after his son gets diagnosed with it. He became active with the Juvenile Diabetes Research Foundation.

Furthermore, in November 2004, Meryl Streep presented Kline with the JDRF’s Humanitarian of the Year Award for his volunteer efforts for the organization.

Being one of the successful personalities, his net worth is said to be $35 million. Other information regarding his cars and salary is not available.

He seems to be in a low profile and doesn’t share much about his life. Hence, the producer is far from any sort of rumors or controversy until now.

He has dark brown to grey colored hair and blue colored eyes. Moreover, he often sported a mustache in comedies and has been clean-shaven in dramas.