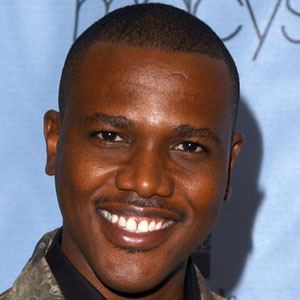 I was always a deep lover of music, always singing. In school I got into dancing, being on stage, drama, playacting an’ all that kinda stuff

My music is very happy, party music. It's the kinda music that makes you want to bob your head or hold someone close

Kevin Lyttle is a married man. He is married to Dr. Jacqueline James. There is no information on their wedding date and details. According to Lyttle, she is the first African woman to graduate from the Coast Guard Academy with a doctorate in civil engineering. He has known her since age 13. She is his manager and they have one son.

Who is Kevin Lyttle?

Kevin Lyttle is Vincentian Soca artist who was well known for his worldwide hit song ‘Turn On Me’ recorded with dancehall artist Spragga Benz in 2004. In US singles chart, this song was peaked at the number 4.

Kevin Lyttle was born on 14 September 1976 in St. Vincent, Caribbean Island. Kevin Lyttle is of Saint Vincent and the Grenadines nationality. Her mother’s name is Janice Lyttle and she expired on 1st April 2008. There is no information regarding her father and siblings. However, he was raised by his mother and uncle. At the age of 7, during a local calypso event, he fell in love with music.

He was highly encouraged by his mother and uncle to pursue dancing, singing, and acting. So, at the age of 14, he had sung a song in many local and interisland events. Talking about his education, he attended St. Vincent Grammar School.

Before gaining limelight Kevin has worked in customs office and radio disc jockey. In 2003 he signed with Atlantic Records and recorded a remix version of ‘Turn Me On’ which was recorded as a soca ballad in Saint Vincent and the Grenadines in 2001.

It eventually becomes worldwide hit reaching top charts in the USA, United Kingdom, Australia and within top 5 in many European countries. Later in 2004, he debuted with a self-titled album which also tops the US chart. He then went on to give numerous hit including ‘Last Drop’, ‘Drive Me Crazy’ and many others.

Meanwhile, he has also collaborated with many hip-hop artists like Flo Rida and Shaggy. He has performed in ICC Cricket Worldcup (2007) alongside Byron Lee and Arrow in an opening Ceremony in Greenfield Stadium, Jamaica.

Kevin Lyttle estimated worth is around $1.9 million.

There are no rumors and controversy related to Kevin Lyttle. He is a secretive type of a person who doesn’t get involved in any types of scandals, unlike other artists.

Kevin Lyttle is 5 feet 9 inches or 177 cm in height and his weight is unknown. His hair color and eye color is black. There is no information regarding other measurements.