Kevin Mcnally is an English actor famous for working in the theatre, radio, film, and television. Kevin McNally is married to Phyllis Logan 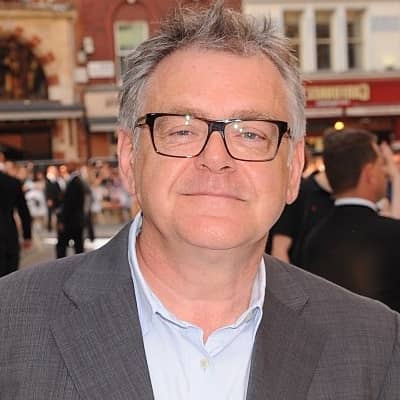 Kevin McNally is in a marital relationship with a famous Hollywood actress, Phyllis Logan for a long time.

The couple exchanged vows on 15 August 2011. They welcome their first child: son, David McNally, born in 1996.

Further, Kevin has a daughter, Rachel McNally, from his relationship with Stevie Harris. But the detailed information regarding them has not been revealed.

Who is Kevin McNally?

Kevin Mcnally is an English actor famous for working in the theatre, radio, film, and television.

Kevin Mcnally is best known for portraying Joshamee Gibbs in the Pirates of the Caribbean film series and on the popular television series like Supernatural.

He holds British nationality and belongs to Irish and English ethnicity. Details about his father and mother are not disclosed.

Kevin McNally began his career at the age of 16, appearing at the Birmingham Repertory Theatre. After three years, he won the Best Actor Bancroft Gold Medal for his stage performance.

Further, his most notable stage performance is in The Lady in the Van as Alan Bennett at the London’s West End opposite Juliette Binoche. He played the role of Richard in ‘Dead Funny‘ at the Savoy Theatre.

Similarly, in 1976, he was cast as Castor in the BBC television series, I, Claudius. The following year, McNally made his debut in the big screen in the British spy film, The Spy Who Loved Me as HMS Ranger Crewman.

Further, McNally’s career on television ascended after his work in The Antagonists (1981) and in the cult TV series Doctor Who: The Twin Dilemma (1984). During 1980s and 1990s, he established himself as a reputable and versatile actor on both the British and American TV.

Some of them are Stalin, High Heels, and Low Lifes, The Phantom of the Opera, Hamilton: In the Interest of the Nation, Rab C. Nesbitt (Commons), The Murder of Princess Diana, and The ABC Murders among others.

He appeared as Joshamee Gibbs in the Pirates of the Caribbean. He said in an interview that he loves experiencing and playing different looks and works.

Moreover, he also lent a voice in a number of video games such as Pirates of the Caribbean: At World’s End, Assassin’s Creed III, and Kingdom Hearts III.

Kevin was active in the acting field for over 4 decades during which he earned a good sum of money. According to the celebrity net worth, McNally’s estimated net worth is $1 million.

Furthermore, the average salary of the American theater actor is $1,145.70 per week.

Moreover, he has been the part of several hit movies that have earned well at the Box Office. Some of them are, Valkyrie made $200.3 million, Pirates of the Caribbean: Dead Men Tell No Tales made $794.9 million, and Johnny English earned $160.5 million.

He has maintained a good relationship with everyone in his personal and professional life. And so, his names is out of all these rumors and controversies.

Kevin McNally stands with a height of 5 feet 10 inches weighing 75 kg. He had blond colored hair but as he is now in his 60s, he has grey colored hair. Although he looks charmed and handsome and has blue eyes.