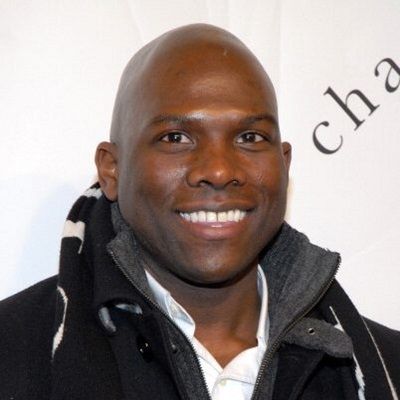 ''He means a lot to me. Honestly, he’s a Jamaican hero first and foremost. He’s someone that my parents knew growing up and read about, rather not necessarily know, but definitely passed down to me, by what he stood for, by what he represented and all that he was trying to do so being able to play him and portray him to the best of my ability is a totally… I’m totally excited about it.''

''I learned how to be bad. No, I think portraying Charles Taylor… It’s a different mindset. Everything that you saw was good — it is kind of not — he sees the world completely different. Again, Charles, he’s a bad guy. No questions about it. There’s no ifs and or buts about it. So playing him is completely different than what I’m used to. I’m totally excited about it.

But previously, he was with the American actresses Odette Annable, Jessica Lowndes,  and Giada De Laurentiis.

Who is Kevin Navayne?

He is currently working as an executive producer for the upcoming movie The No Name Gang.

Kevin Navayne was born as Kevin Navayne Brown on August 20, 1977, in the city of Spanish Town, on the island of  Jamaica. His parents have African ancestry and are married for over 40 years.

At the age of 6, he moved to the United States with his parents and grew up in East Hartford, Connecticut. He has three siblings and Kevin is the second.

He was a very gifted baseball player even as a child and obtained a college scholarship. At the age of 17, he had a severe shoulder injury that brought an end to his baseball career.

In 2000, he moved to NYC to start his modeling and acting career.

Kevin Navayne began his career in 2000 as an extra on the HBO movie Disappearing Acts starring Wesley Snipes, and Sanaa Lathan.

In 2002 Kevin was discovered by model super-agent Beth Ann Moore, he did photoshoots for Lacoste and IZOD. He then did fashion shows for countless designers and in mid-2006 he signed up with Moore’s Agency.

He has also modeled for LL Cool J’s fashion line Todd Smith, Sean John, and Phat Farm along with Ralph Lauren, Alexander McQueen, and Gucci and appeared in many prints, editorial, and catalog modeling.

Kevin was also the face of Roberto Cavalli’s RC line.

In 2008, Navayne appeared in BET’s fashion show Rip The Runway.

He worked as executive producer in Swim(2013) and 2014 movie The Big Heavy and currently working for the movie, The No Name Gang.

In addition, he directed the TV movie Transport(2015).

Kevin’s net worth is $5 million US approximately. His earnings as an All-American Model is $165,000 US and more.

Kevin Navayne is 5 feet and 10 inches tall and has black eyes and a clean-shaven head. His weight is in average size.