Posted by MarriedBiography Posted on November 2, 2020 | In controversy , Dating , Relationship
Share this 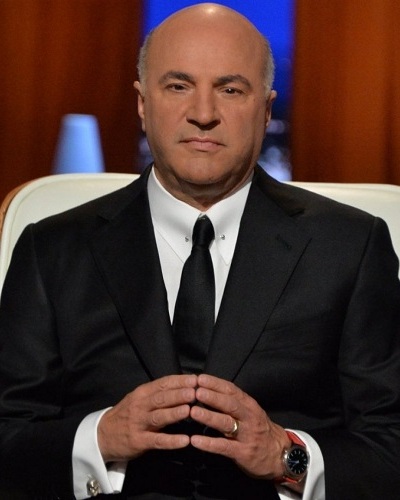 Shark Tank star Kevin O’Leary has talked about his love for money on the show. But he rarely discusses his personal life on it. He had given some golden advice to daters stating that they should be careful of potential mates who are on the lookout for and interested in big bank balance.

Kevin O’Leary and his personal life

The star of ABC show Shark Tank, Kevin O’Leary is a married man. The name of his wife is Linda. And the two have a lovely relationship and are now married for more than 30 years. They share two children who are Trevor and Savannah. Though he has a long married life, he has warned people about problems that could creep into their relationship post-marriage. He is a strong believer in prenuptial agreements. He said that it is better to have everything in writing in order to avoid any problems later on.

“The No. 1 reason marriages break up isn’t infidelity — it’s money,”

“Marriage isn’t just an emotional decision, it’s a financial one. If you can successfully sign a prenuptial agreement, that marriage stands a much better chance of success.”

In his 2012 book  Cold Hard Truth On Men, Women, and Money: 50 Common Money Mistakes and How to Fix Them, he has talked about gold diggers. He states:

“There’s a big difference between someone who’s concerned about his or her financial health and a gold digger who’s interested only in your financial wealth,”

“But the only surefire way to ‘out’ a gold digger is to slap a prenuptial agreement down in front of him or her.”

Further, Kevin revealed that those who are gold diggers go for financially stable people who are in their midlife. Kevin added:

“Anytime there is a financial disparity of any kind between a couple, caution must be exercised. If you have a healthy pension, you’d be wise to date someone equally flush in the twilight years.”

Such a gold digger could be a male or a female. He disclosed:

“I’ve met a few gold diggers in my travels, both male and female. Some of them are perfectly nice people. But they have a single goal in mind: to meet and marry someone rich.”

Tips to recognize a gold digger

Kevin has provided some tips on how to know that a person is after your money and not love. One should look for the following characteristics in the person:

·         –They have no real employment and also no goals in life beyond being available to you.

·         –They are in most of the times expensive clothes and jewelry that is beyond their affording power.

But the gold standard is when they do not want to sign the prenuptial agreement.

“Not every beautiful young man or woman you meet is out for your money. But I advise you to padlock your wallet or call a lawyer if you are dating people with these characteristics.”