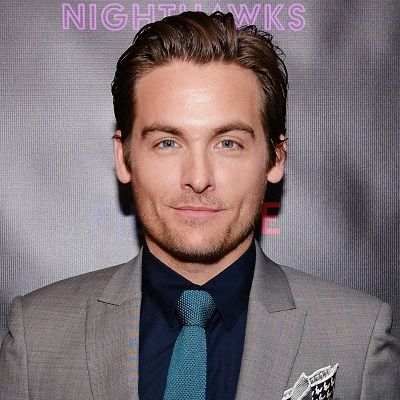 I find it much easier to get into character for me

I definitely learned to appreciate there is something about looking good. I think it's been sort of lost in the last 50 years, this idea of looking very nice and very put together.

What is the relationship of Kevin Zegers?

Kevin Zegers is married to his longtime girlfriend, Jaime Feld. They were married on the 3rd of August 2013.

Kevin’s Instagram posts suggest that he loves to see his children grow along with his wife. Apart from this, he likes to hang out with his pet dogs, Nugget and Walter.

Who is Kevin Zegers?

Canadian Kevin Zegers is an award-winning actor and model. He is renowned as Josh Framm of the movie, Air Bud.

Last, 2019, he was featured as Beau Radnor in the TV series, Power.

Kevin Zegers was born Kevin Joseph Zegers on the 19th of September 1984 in Woodstock, Ontario. His father,  Jim Zegers is a quarry worker, and his mother, Mary Zegers-Veldman is a teacher.

They are of Dutch ethnicity. Their parents were born in The Netherlands.

He has two siblings, Krista and Katie.

He attended the St. Mary’s Catholic High School in his hometown, Woodstock, Ontario.

Kevin Zegers started his career as a child artist at the age of six. By age, he was featured in more than 30 commercials. Later, in 1992, he appeared on the TV series, Street Legal as Jeremy Morris for only one episode.

In 1993, he played the character of Little Mikey in the movie, Life with Mikey. After that, he made numerous appearances in TV series and TV movies like 1994- Free Willy, 1995- Avonlea, and 1996- The Cold Heart of a Killer.

He was recognized as an actor for the film, Air Bud. His character Josh Framm from the was highly appreciated by viewers and critics.

Some of his movies along with the year and roles are-

His performance as Toby Osbourne in the movie 2005-Transamerica was highly praised by several critics.

As of 2022, Kevin has an estimated net worth of $2 million US which includes his Audi. His salary as an actor is $38k US or above.

Some of his movies’ box office collections are-