Shark Tank, Project Earth, Dragons' Den and is the co-founder of O'Leary Funds and SoftKey. 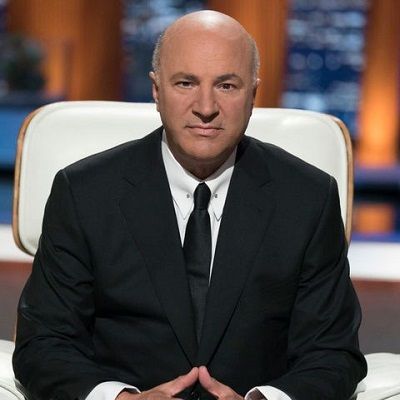 Kevon O’Leary is a married person. He married his girlfriend of six years Linda on March 17, 1990. The couple is blessed with two children together- son Trevor O’leary and daughter Savannah O’Leary.

But their marriage broke down in 2011 resulting in separation. They were in the process of getting a divorce when they decided to reconcile.

He has revealed that he has implemented strict business practices on his children. When flying, he flies in the first class while his children fly in the business class. He even has plans to cut off his children financially after college so that they will “go make it on your own.”

Who is Kevon O’Leary?

Kevon O’Leary is a Canadian businessman, author, and TV personality who is well known for his appearance on Shark Tank, Project Earth, Dragons’ Den and is the co-founder of O’Leary Funds and SoftKey.

He was born on 9 July 1954 in Montreal, Quebec, Canada. He was born as Terence Thomas Kevin O’Leary. Kevon was born to father Terry O’Leary, a salesman, and mother Georgette O’leary, a small-business owner and investor.

He a brother named Shane O’Leary. His father used to drink alcohol a lot and his parents got divorced because of alcoholism. After his parents divorced they were raised by their mother and step-father, economist, George Kanawaty.

His biological father died short after. His stepfather had so many international assignments so the family had to move often. He lived in Cambodia, Tunisia, and Cyprus as well.

Similarly, Kevon holds Canadian and Irish citizenship and his ethnicity is Irish.

After completing his intern at Nabisco, he worked for a brief time as a television producer. With Scott Mackenzie and Dave Toms, he co-founded Special Event Television (SET).

After that, he started a company in a basement in 1986 called Softkey Software Products, which published and distributed CD-ROM-based personal computer software for Windows and Macintosh computers. He sold the company to Mattel Toy Company for $3.7 billion in 1999.

Furthermore, in 2003, he became a co-investor and director at StorageNow Holdings and joined Genstar Capital in March 2007. A year later in 2008, he co-founded O’Leary Funds Inc. and currently is the company’s chairman and lead investor while his brother works as a director.

Also, he is the author of the book ‘Cold Hard Truth: On Business, Money & Life’ and shared his opinion on entrepreneurship, business, finance, money, and life.

In addition, he worked as a co-host for the Discovery Channel’s Discovery Project Earth in 2008.

Likewise, he was offered to invest $1 million in the economy of Alberta in exchange for the resignation of Premier Rachel Notley in January 2016.

A 64-year-old man and a 48-year-old woman died when a boat owned by O’Leary collided with another boat. O’Leary said that he was a passenger in his boat and that the other boat did not have its lights on and “fled the scene”.

Linda O’Leary was charged with “careless operation of a vessel” under the small vessel regulations of the Canada Shipping Act on September 24, 2019.

His net worth is estimated to be over $400 Million while his annual salary is not known.

He has a height of 5 ft. 10 inches and has dark brown eyes and he is bald-headed.