Keyshia Ka'Oir is a model, actress, stylist, beauty, fitness entrepreneur. She is married and the mother of three kids.

Keyshia Ka’Oir is now married to the rapper, Gucci Mane.

They started dating after she appeared in the music video. But Gucci gets arrested for possession of illegal firearms.

On May 26, 2016, Keyshia announced via Snapchat that Gucci had been freed from prison. Ka’Oir was allegedly dated rapper Yo Gotti around the same time she and Gucci Mane became exclusive.

Their relationship was the reason she and Gucci were feuding at the time.

The couple got married on October 17, 2017, with the wedding broadcast on BET (Black Entertainment Television). The wedding was notable for its celebrity guests as well as its wedding cake, which cost $75K and was cut with a diamond-encrusted sword.

In May 2019, the couple revealed they actually tied the knot on May 14, 2017, and not in October. On August 14, 2020, Keyshia and Mane confirmed they are expecting their first child together.

She has two daughters and one son from a previous relationship. Likely, her husband, Mane has a 12-year-old son, Keitheon, with his ex, Sheena Evans. 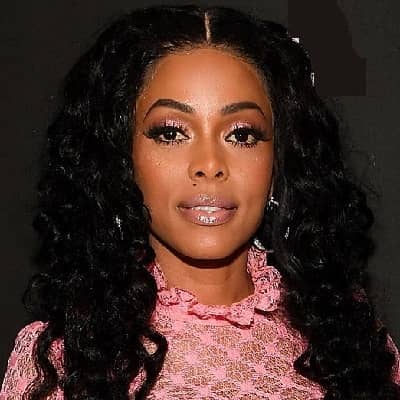 Keyshia Ka’Oir is a model, actress, stylist, beauty, fitness entrepreneur as well as a social figure. She is the owner and CEO of KA’OIR, a cosmetics company. She also owns Ka’Oir Fitness and Ka’Oir Hair.

Keyshia Ka’oir was born on January 6, 1985, in Jamaica. Her full name is Keyshia Dior Watson.
She and her family moved to Florida, USA when she was 17. The names of her parent are unknown.Though she posts different photos with them on her social media account. On her mum’s birthday, she gifted her a new Mercedez Benz and has posted its video.

Ka’Oir had three brothers. She holds Jamaican nationality and is of All-American ethnicity. Details about her academics are not disclosed.

After moving from Jamaica at the age of 17, Keyshia Ka’Oir pursued her career in the glamour world. She was cast in the mini-movie as well as the music video ‘Say Something.’

Then she gets different opportunities and worked as a model, actress in films, music videos and appeared on reputed magazines cover. Keyshia was also The XXL Magazine Model of the Year 2010.

In 2011, she founded her own cosmetic company called ‘Keyshia Ka’Oir,’. Her company produces a bright collection of lipsticks and other makeup accessories such as nail lacquers, lip gloss, Ka’Oir Glitzsticks’ and several other. They receive much love from many celebrities and young teenagers.

Impressively, she has also received an endorsement from celebs such as Trina and Teyana Taylor.

Being CEO of the company, Keyshia inspiring many people, epically for the girls to act on the dream they hope to desire.

As of 2022, Keyshia’s net worth is $20 million. She is the CEO of three companies Ka’Oir Cosmetics, Ka’Oir Fitness, and Ka’Oir Hair.

Keyshia and Gucci Mane has a pretty lavish wedding and is considered one of the high profile weddings. In fact, the wedding expenses were declared $2 million. Moreover, prior to their marriage, it was revealed Gucci proposed her with a 25-carat diamond ring (worth roughly $2.2 million).

Meanwhile, the couple also owns a mansion believed to be worth over $9 million.

There were rumors claim by a woman, Tanya Dazzle. She claims herself as Keyshia’s sister and wasn’t invited to the wedding. But it was denied by Keyshia.

Keyshia Ka’Oir has an hourglass-shaped body with a measurement of 37-26-42 inches. She stands with a height of 5 feet 6 inches weighing 61 kg. Her shoe size is 8(US).

She has naturally black colored hair but dyes it to a different color as per her look. Likely, she has brown colored eyes.

Keyshia is also a social media influencer and has a huge fan following. She has around 5.8M followers on Instagram and 521.2K followers on her Twitter account.

Likely, her Facebook page also holds around 1M following. Furthermore, She has her own YouTube channel with 6.18K subscribers.

Also, get to know about other personalities like Alex Lange, Shannon Ray, Sabrina Parr, and Cassey Ho.