Khandi Alexander is a dancer, choreographer, and actress. Khandi is low key about her romantic life. 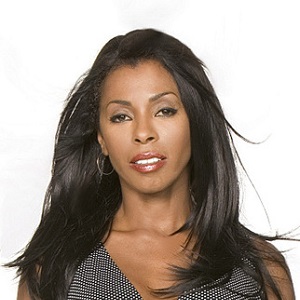 “This hiatus coming up I'm looking at a comedy because I need the balance.”

Khandi Alexander is currently single. She has not been in any relationship to date.

She is focused on her career and might be searching for the one who is perfect for her.

Who is Khandi Alexander?

She was born on September 4, 1957, in Jacksonville, Florida, USA, as Harriet Rene Alexander. She is currently 64 years old.

She was raised in Queens, New York. Her ethnicity is unknown.

She attended Queensborough Community College and graduated from there.

Khandi Alexander debuted her career as a dancer in the 1980s. She choreographed for Whitney Houston’s world tour from 1988 to 1992 and made her appearance as a dancer in a video ‘Pink Cadillac’ in 1988.

She debuted her acting career in the late 1980s and television debut on the 1985 sketch-comedy show ‘FTV’.

From 1995 to 2001, she starred in the NBC medical drama where she portrayed the role of Jackie Robbins. She has made her guest appearance in several shows like ‘Law & Order: Special Victims Unit, ‘NYPD Blue’, ‘Third Watch’, ‘Cosby’, ‘Better off Ted’, ‘La Femme Nikita’, and ‘Body of Proof’.

This actress starred opposite Rob Lowe in the Lifetime television movie ‘Perfect Strangers’ and she portrayed the role of Alexx Woods in the CBS police drama ‘CSI: Miami’ from 2002 to 2008. She made her final appearance on the show on May 5, 2008.

She portrayed the lead character in the HBO drama pilot, ‘Treme’ in fall 2008 but the drama was premiered on April 11, 2010. She also starred in the award-winning HBO television series by David Simon from 2010 and 2013 as the show ended after four seasons.

Khandi played the character of the older sister of Queen Latifah‘s title character in the HBO Film ‘Bessie’ in 2014. The film was about an iconic blues singer, Bessie Smith.

She was awarded Black Reel Awards in the category Best Actress in 2001, awarded NAACP Image Award for Outstanding Supporting Actress in a Drama Series for the movie ‘Law & Order: Special Victims Unit in 2002.

Also, she won the Critic’s Choice Television Award in the category Best Supporting Actress in a Movie or a Drama Series for ‘Scandal’ in 2015 and was nominated several times in her career.

She has an estimated net worth of around $8 million which she earned from her performance in several television shows and movies.

There was a rumor that she was a married woman. Whilst, she is still unmarried. Other than this, there are no desperate rumors or scandals about her.

Her body measurement is 34-26-34 inches. She has got black hair and black eyes.

To know more about Elise Fisher, Sasha Lane, and Jenn Proske, please click on the link.