Khloe Kardashian is a TV personality, model, and entrepreneur seen in Keeping Up with the Kardashians.

She started dating Tristan Thompson in September 2016 but ended in 2019. He is a Canadian professional basketball player. She is expecting a baby with his child and she gave birth to her baby girl, True Thompson in April 2018.

They are not together but are spending quarantine days with each other.

Prior, she dated James Harden. He is also a basketball player. They met in the year 2015. But due to some differences, they broke up in 2016.

She was married to Lamar Odom. He is a popular basketball player. The couple got married on September 27, 2009, a month after they first met, but they divorced in 2013.

She had an affair with Rashad McCants and Derrick Ward for a short period of time in the years 2008 and 2009. 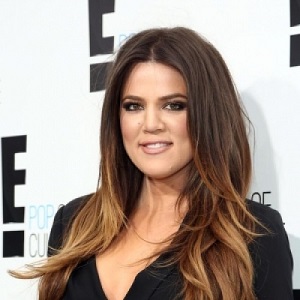 I know my soul is beautiful

I know I'm a good person. And that will never change for me

My fitness journey will be a lifelong journey.

Who is Khloe Kardashian?

She was also seen in The Celebrity Apprentice and The X Factor with actor Mario Lopez.

First Kardashian To Get COVID-19

Khloe who is a popular TV star has recently announced her test result about coronavirus. She revealed that she is COVID-19 positive in the show KUWTK.

Khloe was born on June 27, 1984, in Los Angeles, California in the United States. Her ethnicity is Scottish and mixed with the descent of Dutch, English as well as Irish.

Khloe’s mother is a homemaker as well as a reality star named Kris Jenner and her father was an attorney whose name is Robert Kardashian.

Khloe did her schooling at Roman Catholic School named Marymount High School. She graduated at the age of 17. After her sister completed her graduate degree they homeschooled her and she continued her further education.

Khloe Kardashian is part of the family reality TV show ‘Keeping up with The Kardashians‘. She and her sister Kourtney have also appeared in the 2009 spin-off series ‘Kourtney and Khloe Take Miami’ after they launched a store there as part of their D-A-S-H boutique chain.

In the same year, she joined Miami’s Top 40 Mainstream radio station WHYI. All the Kardashian sisters briefly appeared in season 3 of  ‘90210‘.

In 2010, the Kardashians released a jewelry line as well as releasing a clothing line for retail clothier Bebe which was later dropped. Also in that year, they released the line K-Dash on QVC, a fake tan called Kardashian Glamour Tan, and their book ‘Kardashian Confidential.

In 2011, she launched her own reality show ‘Khloe’ & Lamar’ featuring her husband at the time Lamar Odom. As well as their D-A-S-H boutique, the sisters also created a teeth whitening product called Idol White. Khloe made an appearance in one of PETA’s ‘I’ d Rather Go Naked Than Wear Fur’ campaigns. Khloe and Lamar released a fragrance for both men and women called ‘Unbreakable’ and Khloe and her sisters released a novel called ‘ Dollhouse’.

In 2012,  Khloe and Lamar released a new fragrance for Christmas called ‘Unbreakable Joy’. She also debuted her radio show ‘The Mix Up With Khloe Kardashian Odom’ in the same year and co-hosted the second series of America’s ‘The X Factor. In 2013, she will not return to co-host The X Factor for its third season.

In 2014, E! announced a Keeping Up with the Kardashians spin-off series entitled Kourtney & Khloe Take the Hamptons. In 2016, she hosts the  Kocktails with Khloé pop-culture-themed variety talk show, which airs on the FYI cable channel.

According to rumors, she was arrested for DUI. This was presented within the reality show which also increased the high rumor. Khole was within the high controversy about the sex tape that was made with her former boyfriend named Ray J.

In 2007, she was a mass-focused girl who was questioned about her love life and many controversies came across. She was also imprisoned for 3 hours in Jail because of receiving a DUI in 2007 March.

Khloe Kardashian has a height of 5 feet 10 inches. Her body weighs 60kg. She has golden-brown hair and light brown eyes. Her body measurements are 35-29-40 inches.

Besides these, she is also active on YouTube with 668k subscribers.