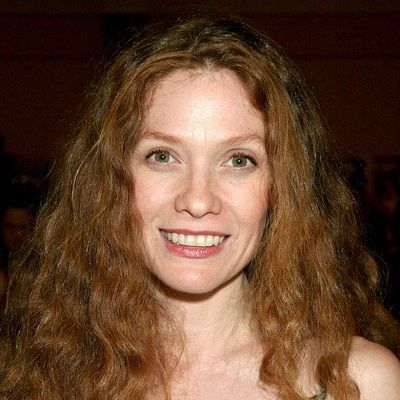 Khrystyne Haje is currently single. Previously, she dated Prince Albert of Monaco in 1991 but their relationship ended in a year.

Similarly, she dated Richard Moll in 1992. After that, she dated Doug Stanhope. Doug is an American stand-up comedian, author, actor and political activist.

Doug’s second album had a song The Perfect Girl which was about their relationship.

Khrystyne Haje is an American professional actress. Khrystyne is well-known for her role Simone Foster in the sitcom series Head of the Class.

She was awarded the Outstanding Special Class Program at the Daytime Emmy for  Spaceship Earth: Our Global Environment.

In 1990, she was chosen the 50 Most Beautiful People in the world by People Magazine.

Khrystyne Kamil Haje was born on 21st December 1968 in Santa Clara, California, USA. She is the daughter of Kamil N. Haje and Reta/Rita F. She has four brothers.

In the year 2015, Khrystyne was diagnosed with stage IV breast cancer which she successfully overcame and became cancer-free in April 2017.

When she was in North Hollywood she began her career as a fashion model at the age of 14.

When she was 17 years old, she started her acting career and landed in the TV series Crime of Innocence. After that, in the 1980s she appeared in ABC Afterschool Special, CBS Schoolbreak Special, Bates Motel and The Gifted One.

She appeared in a number of series like Growing Pains, Head of the Class, hearts Are Wild, The Young Riders, Zorro, Raven, Parker Lewis Can’t Lose, Diagnosis: Murder and others.

In 1995, she acted in Prince of a Day, Campus Cops, Haunted Lives: True Ghost Stories, Murder, She Wrote, A Perry Mason, Platypus Man, and Batman: The Animated series.

In the year 1993, Haje appeared in marshal Charley. After that, her roles include in Cyborg 3: The Recycler, Scanner: The Showdown, Morella, Demolition University, The King’s Guard, Step Sister From Planet and others.

Likewise, she was in Man of the Year, Redemption, 5 Card Stud and Easy As Pie.

She played the role of Vanessa in Man of the Year which made box office collection of $41.2 million US. She has a house in Los Angeles, California.

Haje has brown hair and green eyes. She is 5 feet 8 inches tall.

You may also read the age, parents, career, net worth, body measurements, and social media of Samaire Armstrong, Vanessa Britting, and Jacque Gray