Talking about her relationship details, Kia Pegg is possibly single and she might not be dating anyone at the moment. She seems to be focused on her career and professional life.

Moreover, she has been secretive towards her relationship details and related news. Kia has kept her personal profile low-key. 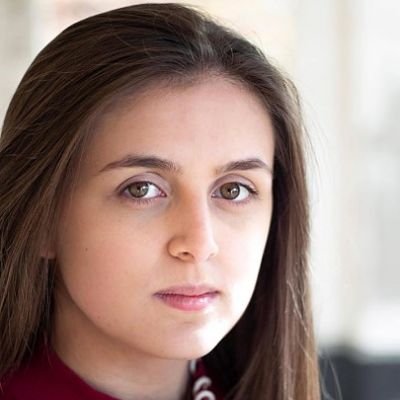 Who is Kia Pegg?

Kia Pegg is a well-recognized American British actress and television personality. Pegg is widely famed for her role as Jody Jackson in the British children’s drama show, Tracy Beaker Returns(2012) and its sequel and The Dumping Ground.

Moreover, she is presently one of the longest-running characters in the series. She has also been featured in the movie, Toast, Horrid Henry: The Movie, and so on.

Kia Pegg was born on 29 June 2000. At present, she is 21 years young star. Likewise, her birthplace is Birmingham, West Midlands, England.

Kia is the daughter of her father, Jonathan Pegg whereas her mother is Rachel Pegg. Moreover, she has two younger brothers named, Jack and Joe.

Talking about her nationality, Pegg holds a British identity whereas her ethnicity is English, Irish.

Kia started her career at the early age of 8. She debuted on TV with her role as Barbara in an episode of the TV series, The Legend of Dick and Tom. The series was telecast on the CBBC network. In 2010, Pegg made a small appearance in the comedy-drama movie, Toast. It was a biographical movie, directed by S.J. Clarkson.

Moreover, Pegg featured in the children’s adventure comedy movie, Horrid Henry: The Movie directed by Nick Moore. In the movie, the star portrayed the role of Vicious Vicky who was the sister of Sour Susan. In 2012, Kia played her career-highlighting role. of Jody Jackson in the British sitcom, Tracy Beaker Returns.

Next year, the star landed her role of Jody Jackson in the series, The Dumping Ground that aired on the CBBC network. Pegg performed an outstanding performance in the series and was nominated for the BAFTA Children’s Award under the category of Best Performer.

A famed British actress, Pegg has earned a handsome amount of money from her profession. She has been active in her profession from the year 2010 till the present.

It is reported that Kia Pegg has an estimated net worth of $500k-$1 million.

Kia has never been part of any controversial matter or rumors till now. The star has been preoccupied with her professional and private life.

It seems that Pegg prefers enjoying her personal life and does not want to merge it with her professional life.

21 years young star, Kia has beautiful looks and an admirable personality. She stands at a height of4 feet 11 inches. Also, she has a balanced body weight of 45 kg.

Furthermore, Pegg has hazel eyes whereas her hair is blonde.

Regarding her social media presence, Kia Pegg is an active personality on social media. Kia has more than 84.4k followers on her official Instagram account @misskiamaypegg.

She is also active on Twitter with around 18.8k followers.