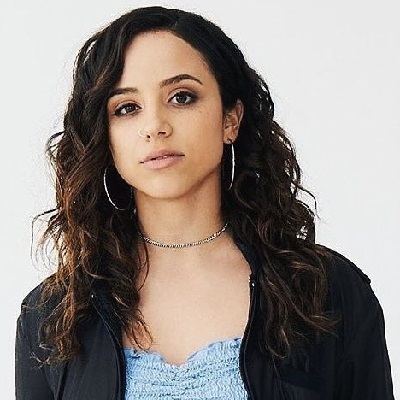 Kiana Madeira’s current relationship status is possibly single. Till the date, she has not introduced anybody as her lover or boyfriend.

Apart from that, she has not shared any details on her previous relationship and dating history.

Who is Kiana Madeira?

Canadian Kiana Madeira is an actress. She is renowned as Spencer Young of The Flash, Clara of Level 16, and Lyra of Dark Matter.

Last, in 2020, she appeared in the TV series, Trinkets as Moe Truax.

Next, in 2021, she will be appearing in the movie, Fear Street. Currently, the movie is in the stage of pre-production. Also, she will be part of the 2nd and 3rd sequels of the movie.

Kiana Madeira was born on the 4th of November 1992 in Toronto, Canada. She is of Portuguese ethnicity with Irish and Black Canadian roots. She spent a significant portion of her childhood in Mississauga.

Till the date, she has not shared any details on her father and mother.

She has two siblings including a brother, Nikane, and a sister, Kyla. Her elder brother has appeared in the sitcom, Little Mosque on the Prairie.

Since her childhood, Kiana Madeira has been inclined towards the entertainment sector. At the time, her favorite movie was Grease. Moreover, she loved the heroic character, Danny Zuko. At the age of 10, she started giving auditions as a child artist.

She got her first break with the educational series. In 2007, she landed her first role in the series, Little Mosque on the Prairie as a teen. Later, in 2010, she got noticed through the movie, Harriet the Spy: Blog Wars. In the movie, she portrayed the character of Rachel.

The following year, she featured the movie, Salem Falls as Isobel. The same year, she appeared as Julia in the series, Really Me. The series became one of her early career milestones.

Kiana Madeira has brown eyes with brunette hair. She stands at a height of 5 feet 5 inches and a weight of 51 kg.

Till the date, she has not involved in any sort of controversy and scandals that created a buzz in the media. Also, she has managed to maintain a distance from any type of rumors too.

You may also read the bio of Fernanda Tavares, Cameron Fuller, and Heidi Hawkins.